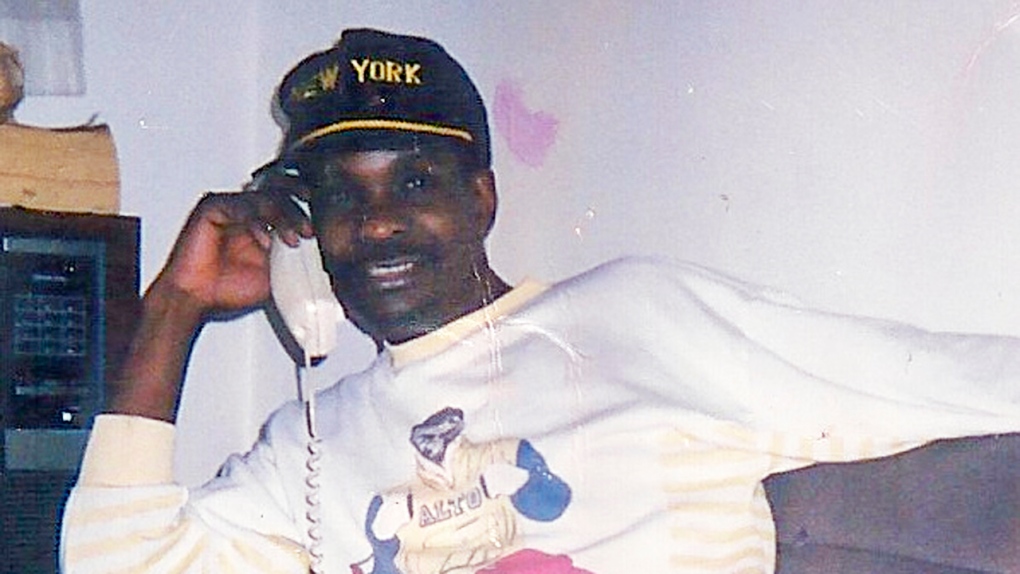 Pierre Coriolan, seen here in a photo supplied by his family, died on June 27, 2017

He was so tall, in fact, that he often had to duck to get through doors -- and that is an image that Johanne says she can still vividly see in her memories from childhood.

But when Montreal police met Pierre in the hallway outside his apartment on June 27, 2017, Johanne says the officers only saw a threat -- not the devoted father, brother and uncle that his family knew.

In the throes of a mental health crisis, Pierre Coriolan, 58, died when police opened fire after using a Taser and shooting rubber bullets to try to subdue him. They also used their batons and a Taser again after the gunshots were fired.

Part of what happened in the hallway was captured on video.

"We watched my father get shot down. We can't lie to ourselves; he was shot down," Johanne Coriolan told The Canadian Press in an interview.

"There won't be any justice because he can't come back, but the first thing that they (the police and the city) can do -- for all the families, not just us -- is to admit their wrongs. Admit that you escalated something. Just admit it."

The three-year anniversary last Saturday of the death of Coriolan, who was Black, came amid widespread demonstrations against police violence and anti-Black racism in the United States and Canada.

The police killings of at least three people who were in crisis this month in New Brunswick and Ontario have also raised serious questions around whether officers should be responding to mental health calls at all.

Last week, the Centre for Addiction and Mental Health in Toronto, the country's largest mental health teaching hospital, said police should no longer be deployed as first responders for people in crisis.

"For too long, the health-care system has relied on police to respond to mental health crises in the community. Transformative change is needed to support a new way forward. People with mental illness and their families deserve better," the centre said.

Montreal police say they respond to 33,000 mental health calls every year, or about 90 calls per day.

Over the past decade, the force has launched a variety of programs meant to help its officers better respond to calls involving people in mental health crisis.

Last year, it announced that it planned to have all its patrol officers complete a two-day "containment and de-escalation training" by 2022.

In 2012, Montreal police launched a program with the local health authority through which officers respond to calls alongside social workers. They also have another program, known as RIC, to train patrol officers to better respond in crisis situations.

In an email to The Canadian Press, the Montreal police service said it could not say how many officers have been trained in either the RIC program or the "containment and de-escalation" training program to date.

The police also said they could not comment directly on the Coriolan case because a coroner's inquiry into his death is ongoing.

"Officers serve a highly diverse population and, like in all large cities, must regularly interact with citizens who are dealing with mental health issues or crises," the statement said, noting that officers are trained "to better enable them to interact with these vulnerable people."

But Alain Arsenault, a Montreal lawyer whose firm represents the Coriolan family at the coroner's inquiry and in a civil suit against the City of Montreal, said police training does not go far enough.

Montreal police are not sufficiently prepared to respond to mental health calls, Arsenault said, and officers too often pull out their guns without first trying to de-escalate the situation.

"Will it take more citizens demonstrating to truly get a better handle on the police? That's what I'm hoping. Will it happen? I don't know," he said.\

"But you can be sure that if it doesn't happen, we're going to find ourselves in major conflict situations. It's a question of when."

Marie-Livia Beauge, a lawyer and activist in Montreal, said money should be redistributed from the city's police budget to have more people trained to respond to mental health calls.

Those people should be unarmed and not be police officers, and they need to know the community they are working in, she said.

Alternatively, she pointed to the fact that in other countries, including the United Kingdom, patrol officers do not carry guns, and suggested Montreal could also consider that.

"As long as the (police) mentality does not change, it is better to reduce the interactions between the police and the community," Beauge said.

For Johanne Coriolan, the first step remains admitting that something is wrong.

She said the recent protests have created a sense of hope though.

"I'm really impressed and happy that people are going out into the streets. They can't silence us for this long. They have tried to silence us, but we still have a voice."