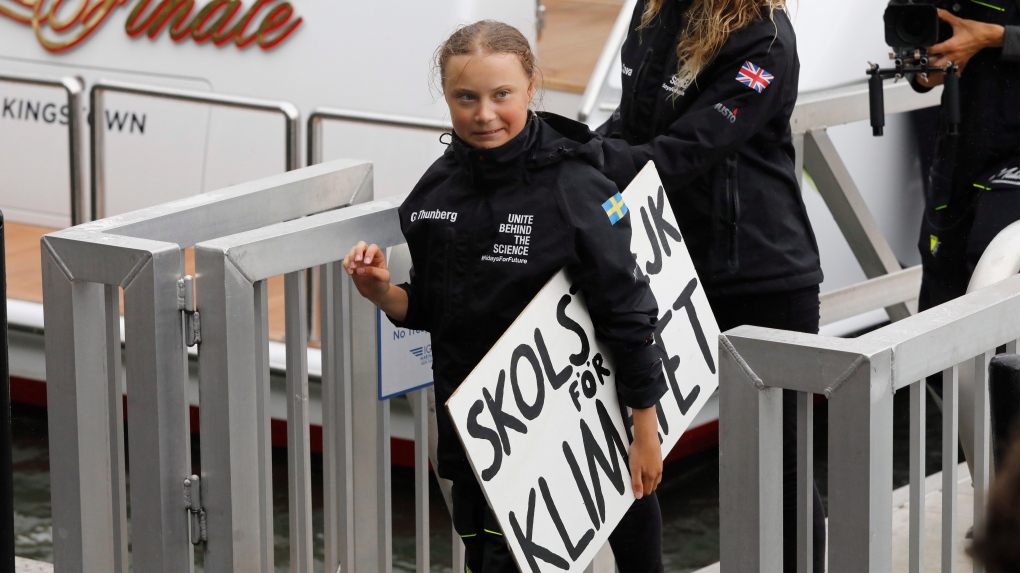 Greta Thunberg, the Swedish student who has become globally famous for her anti-climate change activism, will bring her message to Montreal later this month.

The teen announced on her Facebook account that she would attend a march in Montreal on Sept. 27, as well as one in New York on Sept. 20.

Last week, Quebec Solidaire co-spokesperson Manon Masse sent a letter to the Speaker of the National Assembly asking him to formally invite Thunberg to address Quebec’s elected representatives. Masse said on Twitter that she and the city await Thunberg's visit "with open arms."

The activist recently sailed across the Atlantic Ocean to New York City to attend a global warming conference. She first gained fame for leading weekly school strikes in Sweden which soon inspired similar movements across the world.