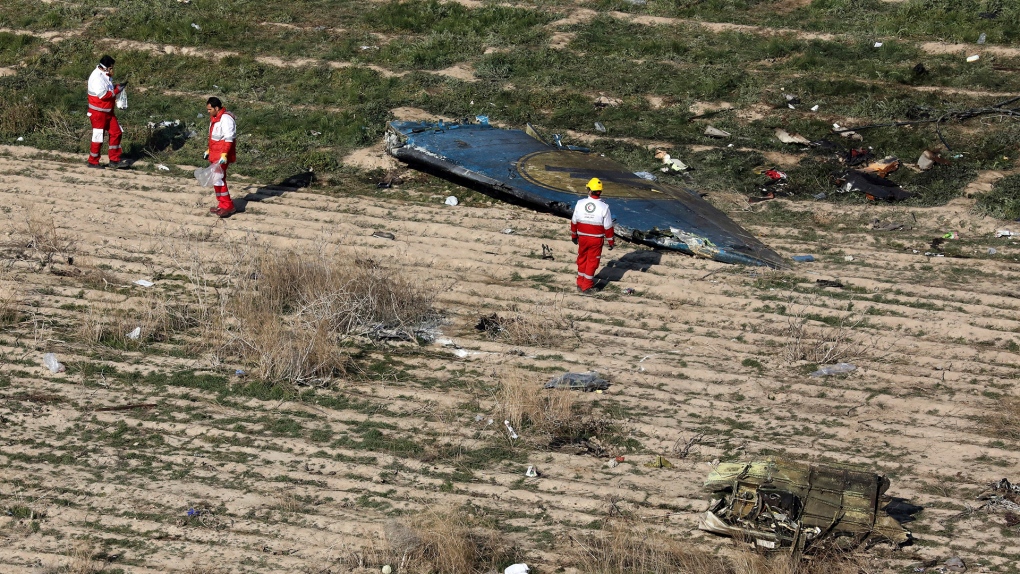 In this Wednesday, Jan. 8, 2020 photo, rescue workers search the scene where a Ukrainian plane crashed in Shahedshahr, southwest of the capital Tehran, Iran. THE CANADIAN PRESS/AP-Ebrahim Noroozi

Michael Bociurkiw, who was an observer in Ukraine's investigation into the 2014 Malaysia Airlines flight that was shot down, says some countries may be reluctant to close their airspace due to economic and political turmoil that could result, qualifying it as an “extreme” measure.

Aerospace consultant Ross Aimer believes that authorities are not fulfilling their role in protecting passengers and has called for a more active role to be played by the International Civil Aviation Organization (ICAO), a United Nations agency based in Montreal.

The agency says it only publishes warnings in cases of major military conflicts or air traffic control disputes.

States and governments are ultimately responsible for flight-risk notifications.