'It's absurd': Debate over cancelled performance by Russian piano prodigy in Montreal 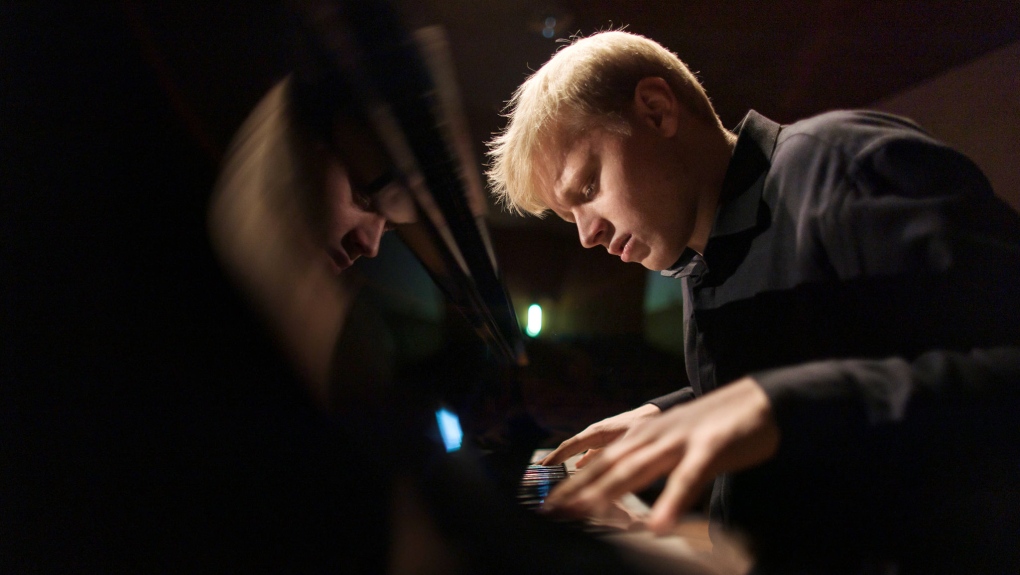 When it cancelled a young Russian's piano performance this week, the Montreal Symphony Orchestra was reacting to a wave of protest from the Ukrainian community.

But after announcing the decision, it was suddenly buffeted by a new wave of protest -- in the opposite direction, as hundreds of people argued this wasn't a useful reaction to the invasion of Ukraine.

"It's absurd," said one person reacting on social media, while others called it "gross," "dangerous" and even "bigoted."

If virtuoso Alexander Malofeev isn't sponsored by or representing his state, many argued -- which he doesn't appear to be -- then he should be left alone, as an independent citizen who's only well known because of his musical talent.

What further upset many critics is that Malofeev, 20, has been outspoken against the invasion, which carries serious risks right now in Russia. The news also came amid a spate of stories of regular Russians, such as restaurant owners in New York, being punished over the Russian state's actions.

Even a U.K. performance of Tchaikovsky, a long-dead Russian composer, was nixed.

Canceling performances by a young *pro-Ukrainian* Russian pianist does nothing for Ukrainian citizens in Kyiv, nothing to blunt Russia’s military capacity, and nothing to shift Putin’s calculus.

This is how a social cascade tips into insanity. https://t.co/M5oj2B2JjN

“Alexander Malofeev,has been outspoken against the invasion of Ukraine, where he said he has some family members”

Why cancel good people because of their nationality?
This isn’t going to win the Russian people over, it will cause Western hate & help Putin.https://t.co/49CAO3wYEP

But part of the debate this week is over how weighty -- or how simple -- this kind of decision really is.

Those who have studied and organized major sanction campaigns, such as those against Israel and South Africa, say they don't consider boycotting people like Malofeev a constructive or ethical way to pressure a state.

Others pointed out the long history of ethnic discrimination against broad groups, like Japanese Canadians during World War II, for state actions unrelated to them.

But Montreal Ukrainians said this week that to them, it's more a matter of taste and timing than creating political pressure, let alone condoning a long-term slippery slope.

"I think that right now is a very sensitive time," said Michael Schwec, the head of the Quebec branch of the Ukrainian Canadian Congress, which also called for Malofeev not to appear.

"To celebrate Russian achievement... it's not appropriate."

He said it is meaningful to him that Malofeev has spoken against the war. "I think it's extremely important, you know, when people dissent, that they express themselves," he said.

But he thought it still wouldn't have been sensitive to let him play this week, and that he was annoyed to be asked if he "feels bad" for Malofeev.

"Think of all the Ukrainian pianists who just got bombed, you know what I mean?" he said.

"What about feel bad for the two million people who are leaving and getting bombed and dying?"

RISKING JAIL TO SPEAK OUT

Malofeev is far from the only Russian to have had a performance or event cancelled in the last two-and-a-half weeks, since the invasion began.

Others include a conductor who's known to be a close friend and supporter of Putin's, the Russian men's and women's soccer team and the Russian team competing in the music show Eurovision. In Canada, other musicians saw their performances cancelled.

Malofeev's case is unusual in a few ways: how well-known he is, the fact that he's not closely tied to the Russian Federation, and how vocal he's been in his opposition.

He wrote on March 2 that "every Russian will feel guilty for decades because of the terrible and bloody decision that none of us could influence and predict," and followed up with a longer post several days later.

He said he was also nervous about making more anti-war statements, worried about how that could affect his family in Russia. Malofeev lives in Moscow and became internationally famous as a piano prodigy at 13.

A new Russian law passed last week under President Vladimir Putin allows up to 15 years in prison for protesting the invasion.

Many people reading about Malofeev's anti-war comments said that it's crucial to reward and protect dissenting Russians right now.

I do not understand this. This is an artist who is outspoken against Russia’s invasion of Ukraine. We should be supporting artists (and people) who are pro democracy. https://t.co/fpRqr2mZUd

This is awful. We should be lauding such bravery to the highest. https://t.co/dGgsC3N2bP

Many Montrealers have also jumped to his defence. This week, Malofeev said he's in town anyway, having flown in before his first show was cancelled with a day's notice.

After writing earlier that he was disturbed by the "hatred going in all directions" and thought the arts shouldn't be affected, he didn't respond in detail to the controversy.

Many patrons of the Montreal symphony commented to say they disagreed with the cancellation, that his absence at the first concert was "on everyone's mind" and that they were relieved he hasn't returned yet to Russia.

In the past, organized sanctions campaigns have generally drawn a line between individuals and the institutions they represent, said one leading Canadian supporter of the global sanctions campaign against Israel.

"It's complicit institutions" and those representing them that are targeted, said Corey Balsam, the national coordinator of Independent Jewish Voices Canada. The organization says it advocates for "full equality for Palestinian Israelis" and supports BDS, a movement to pressure Israel by promoting boycotts, divestments and economic sanctions.

With regards to the Ukrainian invasion, that would mean, for example, that the Eurovision and Russian soccer teams would be boycotted, as both are representing Russia, but Malofeev would not.

This "principled approach," as Balsam puts it, is meant to help protect individuals -- and broad ethnic groups -- from bearing the brunt of unfocused anger.

This cultural cancellation against Russians is inexcusable https://t.co/D3422s1yjd

"If this is just some Russian young prodigy and he's being boycotted because he's Russian, because of his identity, I think that's a problem," Balsam said, though he added he didn't want to "judge Ukrainians right now" and that there may be an argument for "holding off" on some events out of sensitivity.

Even if Malofeev were representing Russia, he still would likely be exempted under the terms of most organized sanctions campaigns, however.

That's because most cultural sanctions explicitly exempt people and institutions who openly dissent with their country's actions, said another expert.

BDS "guidelines do make allowances for Israeli cultural institutions... if they speak out," said sociologist Michael Bueckert of Carleton University, who has studied past sanctions and is also an advocate of the Israel BDS campaign. More specifically, he serves as vice-president of Canadians for Justice and Peace in the Middle East (CJPME), a group that argues sanctions against Israel are required to advance Palestinian self-determination.

A paragraph of a BDS sanctions document from the Palestinian Campaign for the Academic and Cultural Boycott of Israel lays out how Israeli institutions can "end their collusion" with Israel's actions in the Palestinian territories.

If they do so, the cultural institution and their representatives' activities can be excluded from the sanctions.

In the case of South African sanctions in the 1980s, the cultural campaign focused on asking international musicians to avoid South Africa, and some were blacklisted if they performed there.

Bueckert said he wasn't aware of South African musicians who were similarly boycotted for being from South Africa.

The Israel BDS movement has done the same when it comes to non-Israeli artists, including in 2020, when a petition by CJPME called on Quebec superstar Celine Dion to cancel two concerts in Tel Aviv as part of the BDS movement.

Though some argue that Malofeev should have been dropped over questions of taste and timing, there were a few other arguments raised in favour of nixing his appearance.

The Vancouver Recital Society, which also cancelled Malofeev's performances, said it didn't like the thought of proceeds from the performance going back into Russia, no matter how.

One Ukrainian Montrealer also described the pianist last week as a Russian "cultural product" that shouldn't be promoted.

Schwec, of the Ukrainian Canadian Congress, also said that to him there is also some grey area in whether Malofeev can be seen to be bolstering Russia, intentionally or not. The Putin regime does take credit for Russian accomplishments, he said.

"Sometimes, I guess it's still used by the Russian Federation -- the fact that the concert will be there," he said. The federation "uses all accomplishments in sports and in culture to pride themselves."

Bueckert said he was skeptical about that argument, saying it wasn't "very strategic," at the least.

"Rather than rush to boycott anything and anyone who is deemed Russian, I hope that people will learn from the lessons of the BDS movement and approach these strategic questions with care," he said.

Schwec said that he isn't happy to hear of ordinary Russians, like restaurant owners in North America, being targeted. But it's not top of mind right now either, he said.

"That can be happening, and that's unfortunate," he said. "But I think the focus should be on, a country is bombarding another country and millions of people are displaced, dying."

He's happy about the symphony's decision, he said, but "it doesn't mean that it was an easy decision."

Note: This article has been updated to establish Bueckert’s involvement in Canadians for Justice and Peace in the Middle East, as well as show an instance where an artist was asked to cancel concerts by CJPME in the name of the BDS movement. It also provides more background details on the BDS movement.