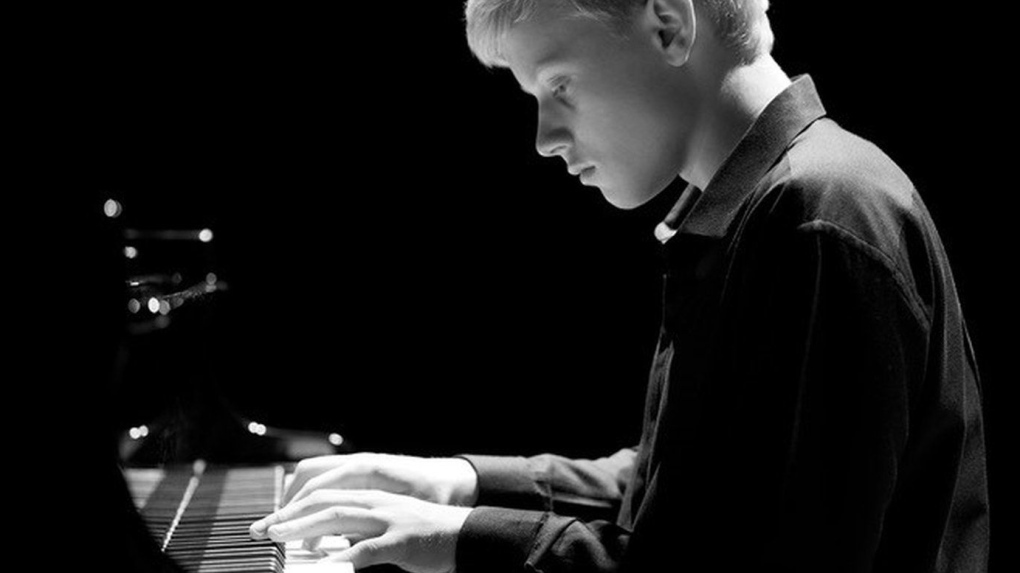 Russian pianist Alexander Malofeev, seen here in an undated handout photo, was to perform in Vancouver in August, but his show has been cancelled due to concerns about protests linked to Russia's attack on Ukraine. The Vancouver Recital Society says it was the third attempt to get the 20-year-old superstar and it hopes to try a fourth time. (Handout: Vancouver Recital Society / THE CANADIAN PRESS)

A young Russian pianist who was set to perform with the Montreal Symphony Orchestra this week has been struck from the schedule after protest.

However, the orchestra maintained its praise for 20-year-old Alexander Malofeev, who has been outspoken against the invasion of Ukraine, where he said he has some family members.

"The OSM feels that it would be inappropriate to receive Mr. Malofeev this week," wrote a spokesperson for the orchestra, Pascale Ouimet, in a statement.

"We continue, however, to believe in the importance of maintaining relationships with artists of all nationalities who embrace messages of peace and hope. We look forward to welcoming this exceptional artist when the context allows it."

Malofeev will no longer be performing on March 9, 10 and 13 in Montreal, though the concerts will still go ahead with different performers.

Some Ukrainian Montrealers had emailed the OSM to ask it to cancel Malofeev's performances, saying it wasn't about his stance on the war but about promoting a Russian product, in this case a "cultural product."

“I frankly don’t understand why Montreal Ukrainians have to fight this with OSM while we live every minute in anguish for our families in Ukraine,” Mariya Makivchuk told CTV News last week. Makivchuk is one of several Ukrainians who asked the OSM to cancel.

The orchestra at first declined, saying Malofeev had spoken openly against the invasion. But it ultimately decided it was the right call "considering the serious impact on the civilian population of Ukraine caused by the Russian invasion," Ouimet wrote.

The orchestra's statement on Tuesday said it wanted to "reaffirm its solidarity" with the Ukrainian people and is making a donation in support of them, and also urges the public to do the same.

But OSM musicians and their conductor, Michael Tilson Thomas, stressed that they still have an "excellent collaboration" with Malofeev, according to the statement.

"I was very pleased to be working in Montreal for the first time with the extraordinary young pianist Alexander Malofeev," Thomas said.

"It is regrettable that political situations have made it impossible. I look forward to the possibility of collaborating with him in the near future."

In two Facebook posts, Malofeev has decried the war, first writing on March 2 that "the truth is that every Russian will feel guilty for decades because of the terrible and bloody decision that none of us could influence and predict."

On Monday, however, he added that he's upset by the "hatred going in all directions, in Russia and around the world," and that he "still believe[s] Russian culture and music specifically should not be tarnished by the ongoing tragedy, though it is impossible to stay aside now."

He also said he'd been asked to make more anti-war statements but was "very uncomfortable" about it and was worried it would affect his family in Russia.

"Honestly, the only thing I can do now is to pray and cry," he said, adding that nothing can be solved by war.

"I do understand that my problems are very insignificant compared to those of people in Ukraine, including my relatives who live there," he wrote.

"The most important thing now is to stop the blood. All I know is that the spread of hatred will not help in any way, but only cause more suffering."

Malofeev became internationally famous after a performance at age 13 and has performed in many countries over the past several years. But he still hasn't made a Canadian debut -- other concerts planned for Vancouver later this year have also been cancelled.

CTV News hasn't yet been able to reach the Ukrainian Montrealers involved in the email campaign for comment.

Biden called to mourn with Uvalde residents stricken by grief

International Development Minister Harjit Sajjan says he told Canadian officials in Ukraine and neighbouring countries to ensure that women sexually assaulted by Russian troops get the help they need -- including access to abortions if they wish.

Rescuers on Sunday narrowed down a possible location of a passenger plane that went missing in Nepal's mountains with 22 people on board while flying on a popular tourist route, officials said.