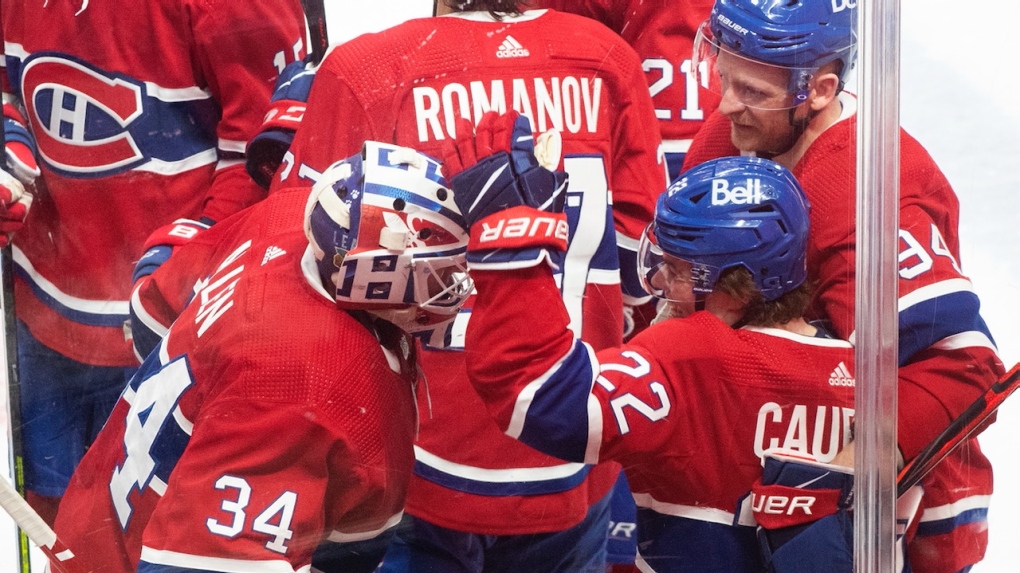 MONTREAL -- Cole Caufield scored in overtime for the second straight game on Monday night as the Montreal Canadiens defeated the Toronto Maple Leafs 3-2.

Tyler Toffoli, on the power play, and Phillip Danault rounded out the scoring for the Canadiens (24-18-9), who won their third straight game.

Morgan Rielly and Auston Matthews rounded out the scoring for the Maple Leafs (33-13-6), who were looking for their sixth straight win.

Caufield again used his weapon of choice -- his blistering wrist shot -- to beat Leafs goalie Jack Campbell with 17 seconds left in overtime. After a brief hesitation by the officials, who believed that Joel Armia had obstructed the Toronto goaltender, his second goal of the campaign was confirmed.

Goaltender Jake Allen regained his spot in front of the net for the Tricolore after leaving it to Cayden Primeau on Saturday against the Ottawa Senators, and made 27 saves.

If it wasn't for Allen's brilliance in net, the Habs would never have been able to pull off the win. The 30-year-old goaltender frustrated Mitchell Marner and William Nylander on breakaways, among others, and kept the Leafs from scoring on three power plays.

Campbell turned aside 20 shots in the Maple Leafs' loss.

Toronto also lost forward Nick Foligno to an upper body injury. The former Columbus Blue Jackets captain appeared to be injured late in the second period after slamming on the brakes in front of Allen.

The Habs will play three of their next four games against the North-leading Maple Leafs and could face them in the first round of the playoffs.

However, the next few games could have an impact on who the Canadiens will face in the first round as they battle the Winnipeg Jets for third place. The Manitoba team lost 2-1 to the Senators on Monday night.

While we wait for their fate to become clear, the next game for the Habs will be Wednesday night against the Senators in Ottawa.