Canadiens send Xavier Ouellet to Laval Rocket; Allen to start against the Leafs 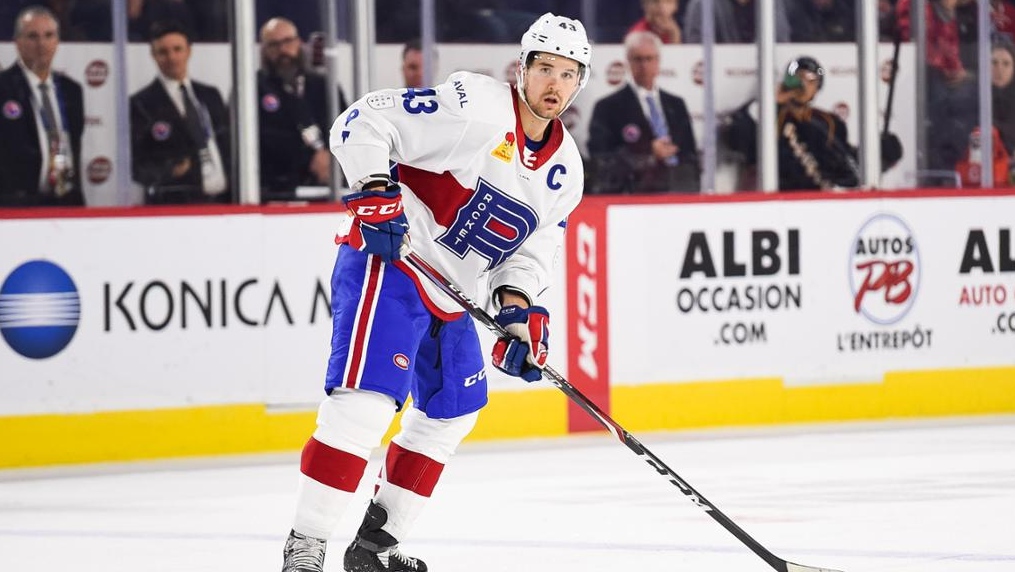 Ouellet had two penalty minutes and a minus-3 rating in five games this season with the Habs.

The Canadiens have assigned defenseman Xavier Ouellet to the AHL’s Laval Rocket.

The 27-year-old veteran, who was selected in the second round, 48th overall, by the Detroit Red Wings in the 2011 NHL Entry Draft, has also recorded two goals and an assist in 13 games with the Rocket this season.

The Rocket (22-5-2) are currently sitting atop the AHL's Canadian Section and will play their next game on Tuesday against the Toronto Marlies at the Bell Centre.

The Rocket will be looking for a sixth straight win.

JAKE ALLEN BACK IN NET

Habs goalie Jake Allen was replaced by Cayden Primeau against the Ottawa Senators on Saturday night, and will be back in net tonight against the Toronto Maple Leafs.

The defensive trios and pairings remained the same as the previous game against the Senators.

Forwards Tomas Tatar and Paul Byron, as well as defenseman Shea Weber and goaltender Carey Price will be absent.

Interim head coach Dominique Ducharme did offer some updates on the health of each of them.

While Price is expected to return to the ice Tuesday, Tatar, Byron and Weber are expected to be re-evaluated daily, Ducharme said.

Ducharme confirms that Jake Allen in goal will be the only change to the lineup on Monday.

This report by The Canadian Press was first published May 5, 2021.