View from Above: Jeff Petry is the Canadiens' catalyst 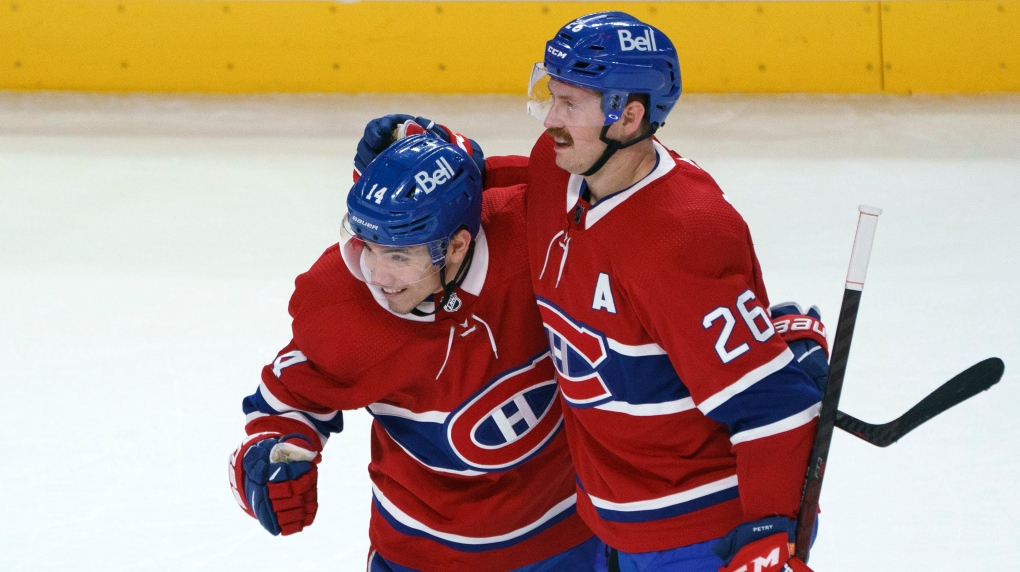 MONTREAL -- As goes Jeff Petry, so go the Montreal Canadiens.

Petry provided a reminder of his value to the team in consecutive games against Winnipeg and Ottawa on April 30 and May 1. His skating game, smarts and overall skill level helped drive the offence and propelled the Canadiens to a pair of vital wins as they edged closer to securing a playoff spot.

The weekend games were ‘peak Petry;' against the Jets on Friday, the defenceman got involved in the offence early. He helped create scoring chances, earned an assist and registered four shots on goal by game’s end. (He also hit a goal post in the first period, which he’s done countless times this season.) Saturday, he was even better. He scored his first goal in 23 games off the rush with a deceptive move and bullseye shot. Later, the 33-year-old set the stage for one of the most exciting moments of the season for Habs’ fans when he fed Cole Caufield with a goal-mouth pass, enabling the Hobey Baker winner to score his first NHL goal in overtime to sink the Senators, 3-2.

Strictly from an offensive standpoint, it’s hard to overemphasize how much Petry means to Montreal. His skating ability is obvious but when he’s ‘on’, his judgement of when to join the rush helps the Canadiens’ transition game immensely. Many times, when a Hab comes out of a cluster of bodies battling for the puck on the left side of the ice, Petry will holler for a pass as he kicks it into gear on the right wing. From there, he gains the zone more often than not. When he’s playing with confidence, he doesn’t think twice about hovering around the opposition’s net, feet moving, looking for a loose puck. Since he skates so well, he can get back in position in the blink of an eye if need be. As Petry as said many times over the years, when he’s using those elite wheels, it also helps his defensive game when it comes to keeping a proper gap on an on-coming forward.

It didn’t go unnoticed that Petry picked up his performance in the absence of Shea Weber. The Canadiens captain was scratched before Friday’s game and, as we have seen in past years when Weber has been injured, Petry found another level. “It’s a matter of just elevating my game, picking and choosing when to jump into the play,” said Petry after Saturday’s win. “I’ve felt the last two games, I’ve just been skating better, being up in the play…just playing my game…the style for a little stretch there I kind of got away from.”

While Petry does rise to the occasion when more weight is heaped on his shoulders, it’s worth noting that he was playing at or near a Norris Trophy-level early in the season when everyone was healthy. In his first 30 games, Petry scored 11 goals and picked up 27 points. Leading into Montreal’s game Monday against Toronto, Petry had 12 goals, 25 assists and 37 points in 50 games. By comparison, last season he had 11 goals, 29 assists in 71 games. In his eleventh NHL season, Petry is quite likely having his best season.

Numbers certainly aren’t everything but consider this: In games where Jeff Petry has picked up at least one point, Montreal has a record of 17-4-6. When he’s been held off the scoresheet, they are 6-14-3.

With apologies to Reggie Jackson, Jeff Petry is the straw that stirs the Canadiens' drink.