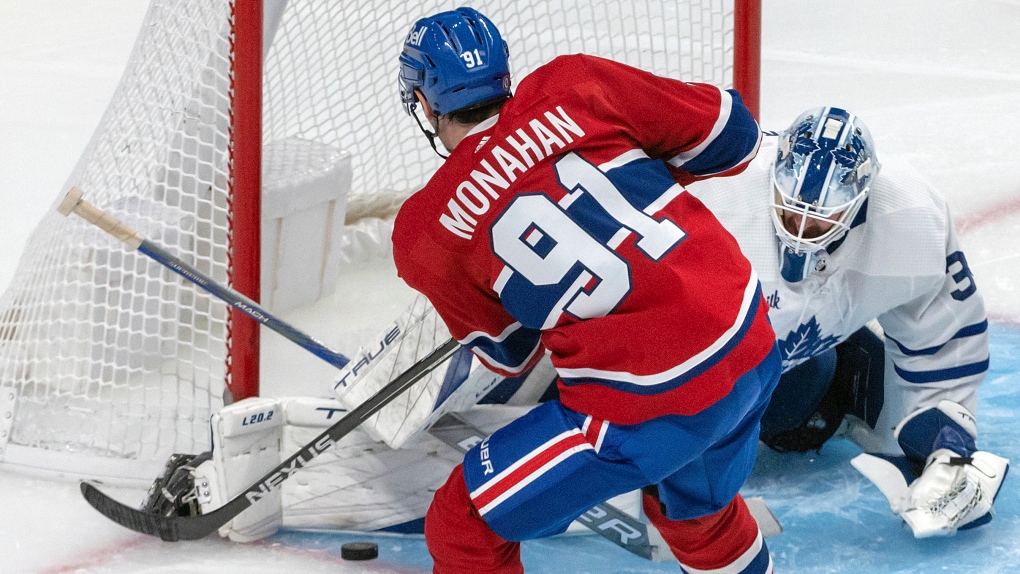 Forward Sean Monahan missed the Montreal Canadiens' practice on Monday, instead enjoying a day of treatments, while Jonathan Drouin and Mike Hoffman skated before their teammates.

Monahan has played in all 21 games for the Canadiens so far this season. He has five goals and nine assists.

Drouin and Hoffman have not played since Nov. 12 against the Pittsburgh Penguins and Nov. 19 against the Philadelphia Flyers respectively.

Drouin is nursing an upper-body injury from the Nov. 5 game against the Vegas Golden Knights. The Habs said on Nov. 15 that he would miss four to six weeks.

In Hoffman's case, the Habs said only that he has a lower-body injury. No timetable was announced.

Drouin has been limited to four assists in 12 games this season. Hoffman has five goals and three assists in 16 games.

The Habs return to action on Tuesday when the San Jose Sharks visit the Bell Centre. The Habs have won three of their last four games.

- This report by The Canadian Press was first published in French on Nov. 28, 2022

The federal privacy watchdog says Home Depot shared details from electronic receipts with Meta, which operates the Facebook social media platform, without the knowledge or consent of customers.

Retain nurses before recruiting nurses from other provinces: association

Efforts to lure nurses from other provinces are underway in several parts of the country, but the head of a national nurses association says the poaching won't solve anything unless working conditions are improved.

Auschwitz-Birkenau survivors and other mourners commemorated the 78th anniversary Friday of the liberation of the Nazi German death camp, some expressing horror that war has again shattered peace in Europe and the lesson of Never Again is being forgotten.