Call of the Wilde: Radulov strong on the puck 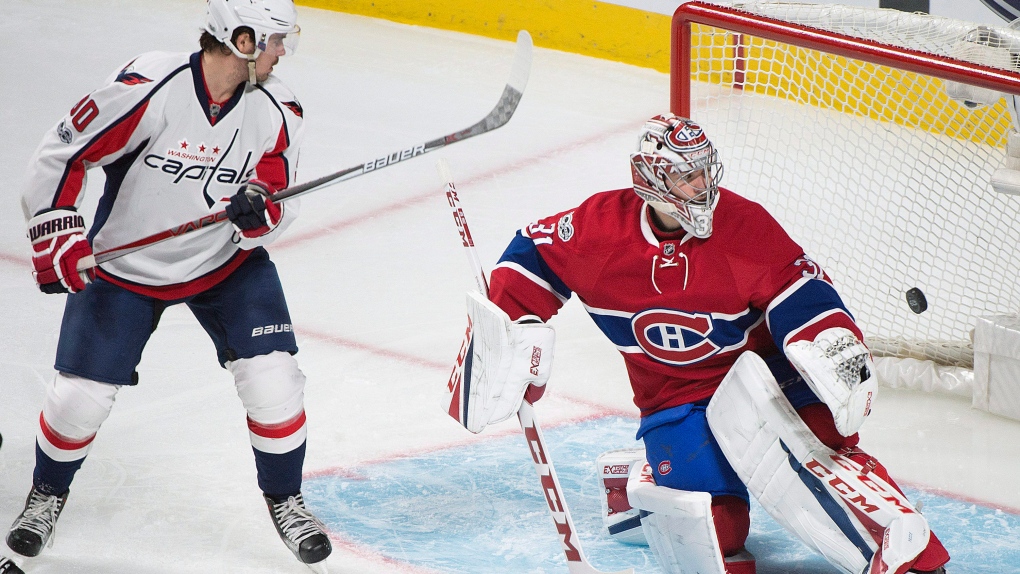 - Radulov was the best Habs player today by a good margin. From scoring a goal to driving to the net, he was strong on the puck. His talent comes through no matter the talent of his opponent. That's what truly great players can do.

- People will be critical of Carey Price because of the top-part-of-the-net goals he allowed. But if it hadn’t been for Price this game would have been ugly. The quality of the Capitals’ shot was extremely high. Price was strong but fans won't see the saves. Instead, they'll see the goals he let in.

- Max Pacioretty with 25 goals. That is on pace for 38 in the season. His career high is 39 goals. Every year a lot of people are whining about this player but he gets his 30 like he owns the number. In a good year, he gets close to 40. This year I predict he’ll get that number finally... the big 40.

- The Habs are now 4-12-1 against a top ten opposition in the NHL. Initially, I didn't think much of that because by its nature all records would be better against lousy teams and worse against the great teams. That's a given. However, here's a closer look. The Capitals are 7-5 and 3 while the Wild are a ridiculous 12-1-0 against top teams. One would have to think when they get close to awarding the Stanley Cup that the Wild will be in the mix. Another truth is that you don't have to beat everyone in the top ten, you just have to beat the team in front of you. That could be the NYR in the first round who they have had success against and then in the second round the Sens or perhaps Leafs. Then in the third round there would be a hope because Price is amazing against Pittsburgh or Washington. Anyway, plenty of time for that fodder but interesting to see that the Habs are only middle of the road against the league's best.

- Shea Weber was plus 17 to start the season in his first 18 games. He's still plus 17 in the last 30+ games. What is the difference? He played with Beaulieu at the beginning of the season and then was rotated with Emelin. The pairing looks better on the surface to many but the stat doesn't lie. Weber is an even player with Emelin for almost half a season. That is not good enough from your best D man. Weber is excellent in his own zone but there's no one to move the puck up quickly. It's Emelin's weakness too. The Habs top defender Weber needs a puck mover. I don't know if he needs Beaulieu per se but he needs a faster transition guy.

- Alex Galchenyuk has not looked so good since returning from injury. He has been getting lit up in tough match-ups like the night he faced Malkin, so the coaching staff has been forced to give him easier line match-ups. And it's not going that well, either. I am not entirely sure right now that Galchenyuk has the defensive chops. If he keeps getting lit up defensively, there may come a time where it is back to the wing. I am by no means definitive here, but I don't like what I see that much at the moment. He will have to fight to figure this all out: face offs, defensive zone responsibility, and smarter decisions even in the offensive zone. Perhaps it's just a rough patch after injury and this is going to take just a little time to get his confidence back. The strong shift late in the third with Pacioretty and Radulov should help to that end. It's worth watching and it is not a given.

- David Desharnais being a healthy scratch would be a pretty good indicator that he is not Therrien's “go-to in the foxhole” guy. Getting Andrighetto back in the line-up is a good move, as he's been solid for three weeks. Putting De La Rose in instead may confuse many, but the Habs love the way he kills penalties and they have been horrible at that this year.

- The Oilers are in town tomorrow and keep an eye on Ryan Nugent Hopkins and Jordan Eberle. Both have a good chance of not being with the Oilers inside of the next year. The one-two punch at centre though of McDavid and Draisaitl may not be a thing though as the two are great friends. I'm told they love playing with each other so much that Draisaitl going back to second line centre isn't a sure thing.

- Watch for the health of Danault. He didn't finish the third period. He wasn't on the bench either.