Call of the Wilde: On a roll 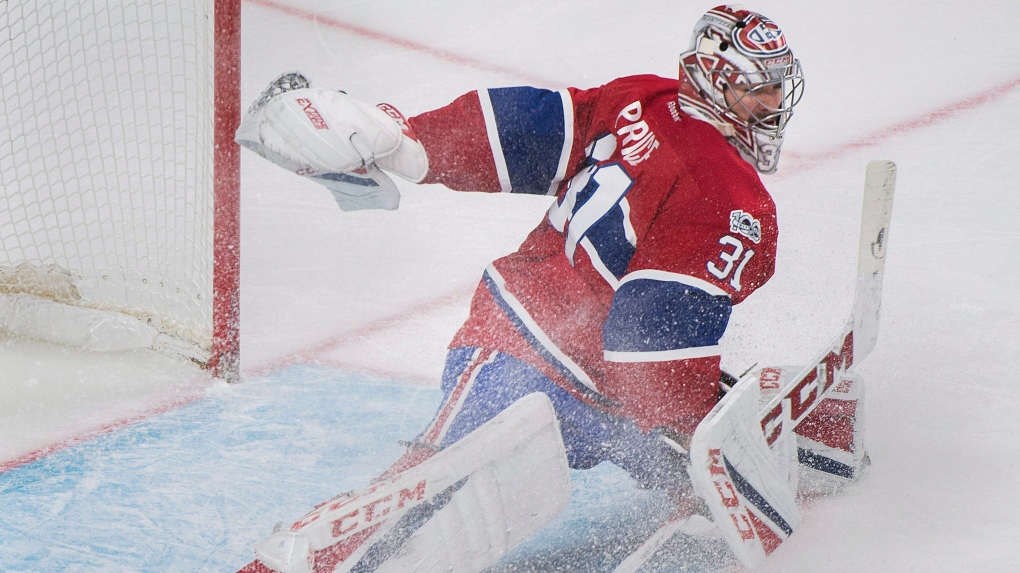 I'm not sure what Gallagher lost but whatever it was, it is back. Gallagher with his skating legs, determination on the puck, creativity and that intangible sandpaper - that quality that says he's not giving up on the puck no matter what.

Paul Byron gets noted for his speed time and time again, but there isn't enough said about his intelligence. He is such a heady player and he’s a dangerous penalty killer too. You have to be so attentive to that speed breaking down the defence at the blue line and him streaking away for a breakaway. What a waiver wire pick up - discarded for the minor leagues - and he now has a 20-goal season in the NHL. What a remarkable achievement.

Speaking of intelligence, can't remember too many rookies smarter at hockey than Artturi Lehkonen. He has a 25 goal season in him too as he gets more of an understanding how to find the dead zones on the ice and unleash that wicked shot. Send him a tape of Laine. That guy finds dead zones. Lehkonen is going to make coaches happy for a long time in the NHL. I believe this grind of every two nights has been a big change for Lehkonen and has caused some lulls. Next year with one season of experience in all the ways it matters, I expect a big year from the Finn. Love this player.

Galchenyuk is quietly figuring out how to play defensively at centre under Claude Julien. He had Toews last week as a match up and he did well. The development is significant to the Habs’ fortunes. He's a legit number one centre who has no troubling ceiling to his game if he can match up well against Toews.

Jordie Benn just might be the best trade of the deadline week. He's transformed the Habs defence. I can't figure it out. I didn't watch Dallas enough to tell you what has changed. When he was traded, I went on Twitter and said that he can be a second line pairing D, but even my most optimistic thoughts did not marry to this performance every night. He wins puck battles. He makes the smart play and the easy play. He manages the clock like the last 10 seconds dumping it into the corner in Ottawa and then killing the play there. He clears bodies. He protects his goalies. They're going to have to figure something out. Bergevin can't lose him and he can't lose a 1.1 cap hit. Beaulieu is going to be traded for a forward of equal talent because the Habs 7 forwards aren't of a high quality by comparison. I have Mitchell as the seventh forward protected. Expose Mitchell and protect who they get for Beaulieu. That's the scenario I see. It sure will be interesting.

Danault was lagging some, which may have actually been the weight of the responsibility of being on the number one line but he is rocking and rolling again now. Danault is bringing speed and more sandpaper than I thought he had.

Andrew Shaw is the single player who has benefited most from a fresh start under Julien. He's found his best self. He's difficult to take off the puck and tenacious as hell. He's also around the net a lot.

I never do a lot of Carey Price talk because he does it so often but that save where he stretched his leg farther than seems possible for a person with a groin was incredible. He kept the Habs up 2-1 late in the second.

Tomas Plekanec had a strong game. Not just the goal, he also had a superb tip that Anderson robbed him of another. He also brought out the best in his line mates.

Shea Weber does so much right as a defenceman. Every little thing that there is to do right when one is a shutdown defenceman Weber does. The partnership with Markov gets big minutes and hard minutes and is getting it done.

A good bounce back game for McCarron. He skated well. He won some wall battles. The fourth line got a regular look in the third and it held up well.

It was a pretty complete weekend from the Habs. Four full points won with only one given up. I don't think anyone deserves mention in here. It’s a pretty efficient hockey club right now.

The puck support the Habs have going now is really a large change from a month ago. Their speed through the neutral zone is also better than it was before. The penalty kill is night and day. They're simply more organized in their play. I have nothing bad to say about Michel Therrien. I don't have an agenda here. Therrien has a hell of a record at the NHL level. He's won a lot of games. All I am saying is right now the Habs are now better than they were at playing hockey.

I looked at it about one month ago and 93 points should be the magic number to make the playoffs. The Habs now with the win have 90 points with 10 games left. Do the math. They're closing in. I'm not sure that they would have done it if they didn't change the coach. Not a slight against Therrien but I'm not sure that they could have changed momentum as significantly as they have.