Call Of The Wilde: Massive Comeback 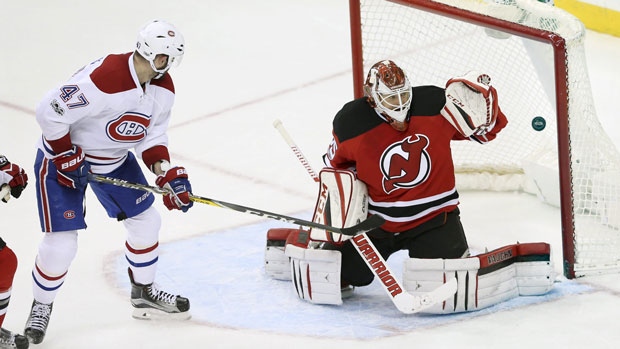 - Max Pacioretty has shown everyone this season what it means to be a captain. He has taken every lesson that he has learned from last year and in his hockey life, and has put it all together to have an outstanding season as a captain, leading his brigade both on and off the ice. Think of some of the criticism that has dogged this man over the years. He’s been called soft and a perimeter player and there is no way that is an issue. Just look at his face, scarred on the chin from a huge gash this season that during the post-game interview that he never misses, the cut was bleeding all over him during the interview and he didn’t even care to notice. Think of the criticism that he was too emotional to be the captain and he was a reason for the collapse last season. Again, look at him answer every question perfectly this season and totally avoid as the captain any controversy. He’s had the right answer in his pocket all season even when a coach got fired. Only an intelligent and unemotional person can pull that off in the city of Montreal game after game. Then there is the hockey. Pacioretty many nights this season seems like the only guy on the team who has any idea how to score. His goal total of 31 on the year is more than double the next highest total of 15 – more than double the next scorer. Check around the league to see if any other leader of a team can equal that incredible statistic. Pacioretty is the guy this year that if he weren’t around you would have to wonder where this team would be. They wouldn’t be in the playoffs is the answer.

- Alexander Radulov with a goal and three assists and was it ever needed. Radulov has looked tired in both his game and his enthusiasm. It was becoming a worry that the KHL season might be too easy in comparison to the grind of the NHL. Radulov started it up with a great shot to get the Habs back in to the game. Radulov is the number two man on offence on the Habs and he has to pick up that mantle. He can’t take a night off or underestimate his importance. Without him, then Pacioretty can’t do what he does.

- Claude Julien had a terrific game. Yes, I know he is the head coach and he doesn’t play, but he sure did what a coach can do to help the cause. Twice in the contest the Habs scored right after a Devils goal. This has historically been the shift that Michel Therrien put out his fourth line and honestly I could never figure out why he favoured that, but Julien put out the Danault line after two Devils goals and right away, the Habs responded. One time they got a Radulov goal right off the faceoff, and another time they got a Pacioretty goal on the following shift after a goal. Get the momentum right back is the psychological attempt and Julien made it work. He also pulled the goalie early with over two minutes remaining which is smart for a team that has struggled to score goals. It wears down the top players of the Devils just a little bit longer. It worked. Pacioretty scored with 53 seconds left.

- Alex Galchenyuk for scoring the game winner in overtime. His shot has not been seen enough. He found the dead zone off the right side last year all the time. This year he doesn’t set up for it anymore. This was a point shot but the idea here is that Galchenyuk has a laser and he needs to use it.

- Al Montoya let in three, but they do not win this game if he doesn’t stay strong to keep the Habs in it. A breakaway save and a 2-on-1 save were key. It’s always hard for a goalie when the situation seems grim, but he stayed mentally sharp and physically able. Well done by the backup who has not disappointed this year whatsoever.

- The top defensive pair was a bit off in this one. Shea Weber and Andrei Markov were on for the first two Devils goals and on one, they were both soft. Weber with a terrible clear attempt right to the Devils and Markov soft on the player in front of the net. I don’t expect that to continue, but it was not stellar.

- Secondary scoring has got to come soon, because you simply cannot rely on just three players to score every night and expect to regularly win no matter how good the structure is on defence. Gallagher, Lehkonen, Danault, Mitchell, Byron, Flynn, Andrighetto, all have not scored in at least a dozen. This is horrid. Like, not one goal from any of them. Not one. I am not sure if I have ever seen anything like it. Incredible, really. They can’t even get one to hit them in the pants. That has to end. When considering the complete lack of scoring from so many forwards over the course of the second half of the season, it is even more amazing what Pacioretty is doing when you consider the opposing head coach says ‘okay, stop number 67 and we will surely win.’

- A big week is still coming for the Habs. They play the Blue Jackets Tuesday and PK Subban comes to town on Thursday. They head into it though with an unexpected four point cushion over the Senators who were blitzed by the Lightning.

- The trade Bergevin pulled off was a strong one. I believe in the skill set of Greg Pateryn. He is not a Jarred Tinordi who you could see didn’t have the foot speed for a changing NHL, but the player they acquired is better. That’s all there is. Jordie Benn is a better player than Greg Pateryn right now and the Habs need better players or this playoff run isn’t going to happen this year.  Benn is a left-handed defenceman who says he prefers the right side. He was on the second unit in Dallas, but will probably fill into the third unit for the Habs. He was minus 3 on a bad hockey team. He won’t add much offence, but he is solid, steady, and is a veteran who understands the moment. Benn is 29 years of age and he even has a couple years left on a contract that pays him $1.1 million. This is a smart deal from Bergevin who seems to be able to pull this off all the time. I am beginning to think he wears people down. However, this can’t be it. Bergevin has to get some scoring help that could get a second line going. The club is woeful down the middle with the complete scoring collapse of everyone at centre not named Galchenyuk. Bergevin needs to step up and get a centre, and he needs to mortgage a little bit of future to get there. McCarron, Scherback, Juulsen, are names he needs to throw into the discussion for the right player in return. You have to give to get and I believe all three of these players will have NHL careers, but not game-changing careers, so if you can get a great NHLer who has some years left on his current deal, you have to do it. If you send a message to your fans and your players that you aren’t going to get any secondary scoring, I think the Habs players would be affected by this and the uproar from the fans wouldn’t be a party either.