Call of the Wilde: Emelin is struggling 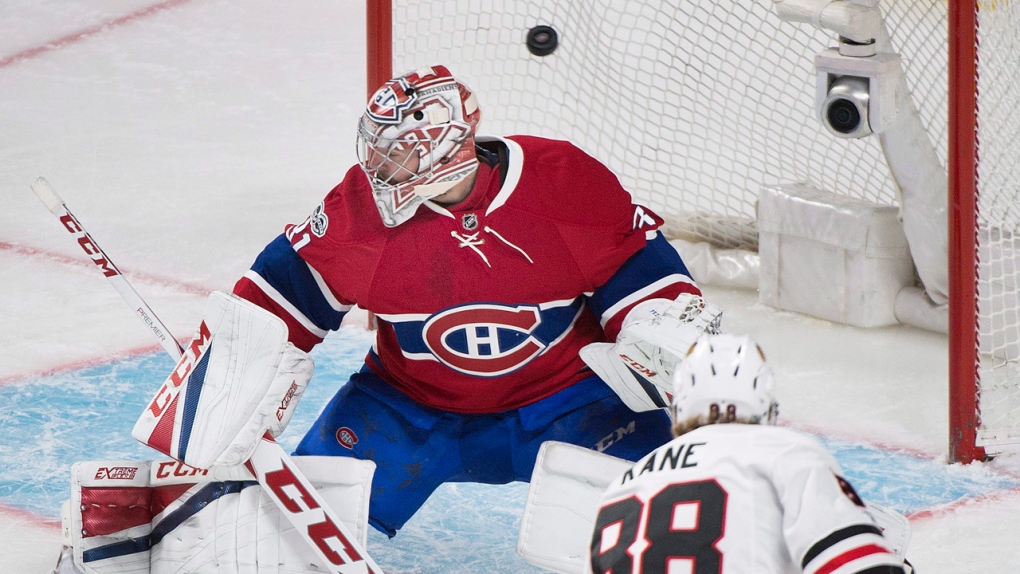 - The power play was worked on during the pre-game skate and they brought it with great pressure. Weber had excellent opportunities to use that powerful, injury-causing slap shot but they just couldn't find the formula to beat Crawford. Get that type of zone time and puck movement regularly and it will come.

- The Habs played a strong game throughout almost all the line up but the goal scoring bug bit again as the club still struggles to finish. They are shooting at less than 5 percent for a month and a half and still winning a lot of hockey games. That number should revert to a mean of around 8 percent. When the Habs started the season 13-1-1 they shot at 13 percent. The goals should come soon. Contrast this with the Bruins who under Cassidy are shooting 12.5 percent. That's goaltending of .875 the Bruins are facing since the coaching change. That too will revert to the mean. The Habs can't keep facing .950 goaltending can they?

- Paul Byron has 19 goals this season. His previous high was 11. How about that?

- Big ice time for Weber who is really excelling with Markov. What a great partnership.

-Alexei Emelin is having such difficulty and he just can't seem to make it through a single game without a series of massive mistakes. First period he takes the wind out of the Habs by getting turned around so incredibly badly. Why in heaven's name would he go around to the Hawks side of the ice at centre and let the play move toward Price without him? It's so elementary. Petry's coverage after it on the newly-created odd man rush was too passive as he backed into Price essentially taking no one. It all happens so fast that Petry doesn't see that he does have forward support on the right and he can try to take time and space away from Kane. Let's not focus on Petry though as he is the player constantly put into untenable circumstances trying to survive after the initial Emelin error. Anyone associated with hockey in a rudimentary way can see it all starts with the mystery move from Emelin. He vacated the defensive coverage area to attack a player up ice that he flat out missed allowing himself to then be behind the play.

-Then there was the Hawks second goal where Emelin's attempt to break up the play was so shockingly inappropriate that Gallagher got smashed by Emelin, no doubt thinking "WTH are you doing here?" Petry this time brilliantly broke up the 2 on 1 pass with a diving stick check, but the play continued where no one was covering the point as it had all gone Elmer Fudd by then as Oduya's man was Gallagher who was sadly still picking himself off the ice on the gorgeous open ice hit from Emelin. Someone play the Benny Hill music.

-Then... sigh... on the third goal, Emelin seemingly forgets that he is the left defenseman and chases out to join Petry attacking the right side. Of course this leaves the spot where Emelin is supposed to be completely vacant. The result is yet another Emelin-fuelled goal against.

-It's been a couple months of mystery from Emelin and this was the worst night of them all.

- It was the first time this season that Nathan Beaulieu was scratched. I don't understand the move. He's surely good enough to be in the line up every night. This is doubly true when Emelin is in the line up instead. Beaulieu didn't sit for the great Drew Doughty to get in here. He sat for a guy costing the Habs a goal per game at least every time he plays. Beaulieu must be getting an attitude adjustment from the organization. That is all I can come up with. That he was late for a meeting or something can be the only reason. It can't be hockey related. It's nonsensical.

- If King and Martinsen are the same player, let's see Martinsen who is the better skater and is at least looking for someone to hit. Not really sure of the King attraction yet. Perhaps he has more.

- Julien has coached extremely well to right this ship. The penalty kill has improved tremendously. Consider the worth of that alone. The team is bringing speed through the neutral zone. The defensive zone coverage is so much better. However, I do not understand Emelin in the line up right now. Julien is watching the games. Julien is seeing the tape after the game. Julien breaks down every shift. I don't get it.