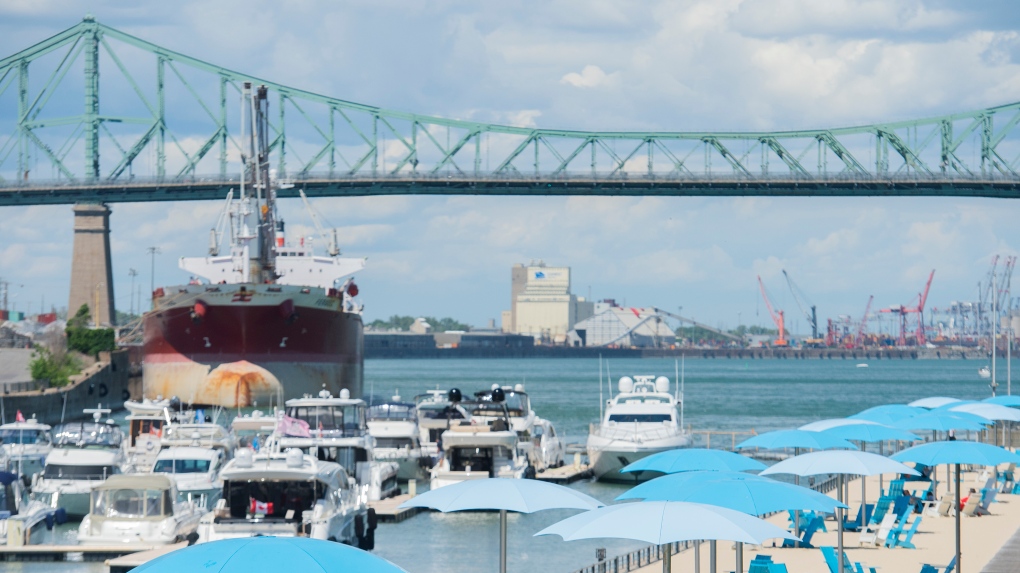 A body was pulled from the water near Old Montreal on June 4, 2022. THE CANADIAN PRESS/Graham Hughes

Montreal police (SPVM) and firefighters (SIM) pulled a body out of the St. Lawrence River Saturday morning, but police say it does not look to be the result of a crime.

Police report that around 8:30 a.m., a passerby noticed someone in the river near the Jacques Cartier dock in the Old Port and called 911.

Officers located the body and were assisted by members of the Montreal Fire Department (SIM).

Police spokesperson Caroline Chevrefils said that the person's identity is unknown and that there is no indication that a crime is involved.

As such, the file has been transferred to the coroner's office.