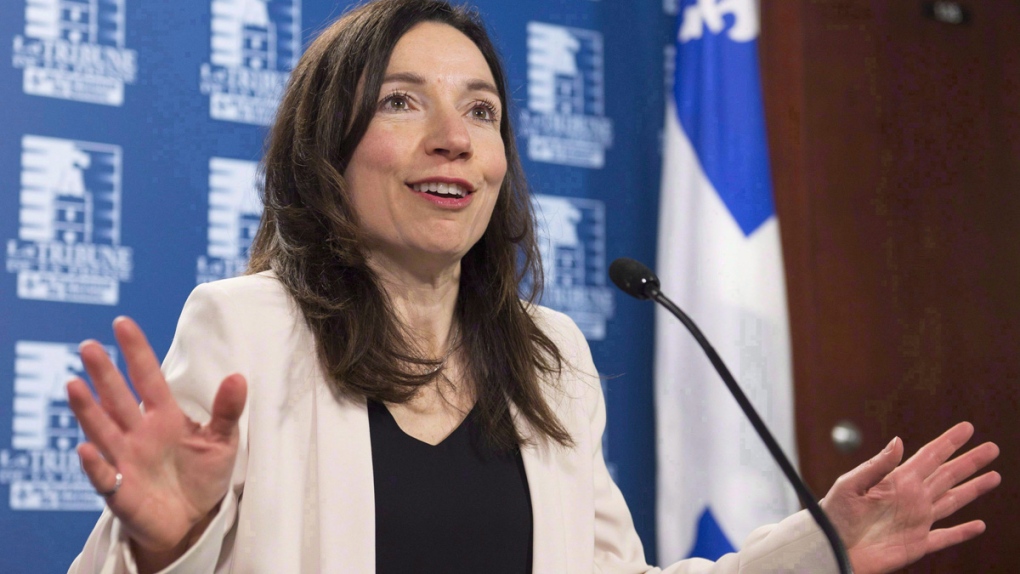 The Bloc Quebecois national office, which has stood firmly behind embattled leader Martine Ouellet, held a meeting in Montreal on Saturday morning to determine the terms of a referendum that could determine the party’s future.

Ouellet proposed the referendum earlier in the week, saying that disagreements over the party’s mission were the cause of current major fractures in the membership.

The proposal will be submitted to delegates that Bloc’s next general council meeting in mid-April.

Ouellet has denied wanting to hold a referendum with a biased question that would allow her side to win. She argued that consultation is the most democratic way for all members to comment on the evolution of the Bloc’s mission in Ottawa.

The referendum would also not allow Ouellet to escape an early vote of confidence, which would have to occur in the spring of 2019.

According to a Leger-Journal de Montreal poll published on Saturday, the Bloc would get just 12 per cent of the vote in Quebec if an election were held today. 52 per cent of voters said Ouellet should resign as leader, while 15 per cent said she should stay.

The poll also showed the Liberals and Conservatives tied at 38 per cent support within Quebec and 14 per cent for the New Democratic Party.