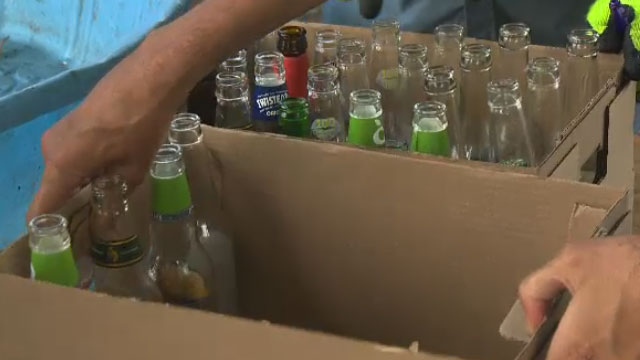 They're called binners – people who collect recyclable material for deposit.

While some take part in ‘binning’ to earn some money, it also helps keep streets clean.

An organization called Coop les Valoristes was drawing attention to the practice Saturday.

A group of binners was invited to bring what they collected to a special depot under the Jacques-Cartier Bridge.

The depot gave five cents for each item, including ones that are not refundable, such as plastic water bottles.

Organizers say the event highlights the need for a better refund system and encourages the work binners do.

“It helps attenuate poverty for a lot of people and it helps promote 100 per cent recycling. Everything that is in the refund system is recycled 100 per cent. It is sorted at the source and doesn't get mixed up,” said Marica Vazquez Tagliero of Coop les Valoristes.

Organizers were expecting quite a haul Saturday - over 40,000 non-refundable materials.