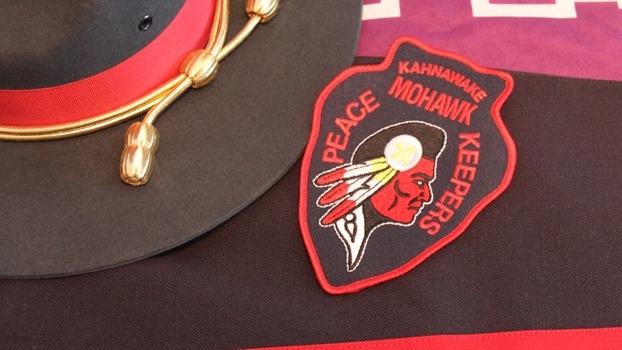 MONTREAL -- Kahnawake Peacekeepers are celebrating a "best case scenario" result after a 7-year-old who had been allegedly abducted was located minutes after the Amber Alert was called.

At around 6 p.m. Saturday, the Amber Alert was issued for the missing girl, who was allegedly kidnapped by her mother.

It was an alarming update to an investigation police say had begun earlier that day, when a family member reported the alleged crime.

They told police the young girl was last seen in a coffee shop in Chateauguay, Que. at around 2:30 p.m.

Police released details of the reported incident on social media, which was immediately met with community calls for an Amber Alert.

Minutes later, Quebecers got the news on their phones via an alert sent by Quebec's provincial police force, the Surete du Quebec, which had been working in collaboration with the Peacekeepers (PK).

"There's always been good collaboration between our departments," said PK spokesperson Kyle Zachary. "It's just another example of that."

Within about 20 minutes, the girl had been found safe. The alert was called off.

Police did not immediately reveal how the child was found, or whether any arrests were made.

Zachary did say, however, that an investigation into the incident is ongoing, and that the Amber Alert did what it was supposed to do.

"This is what the system was designed for," he said. "And again, we're very happy with how this resolved."

The Peacekeepers are the local police force for Kahnawake, the Kanien'kehá:ka (Mohawk) community south of Montreal.