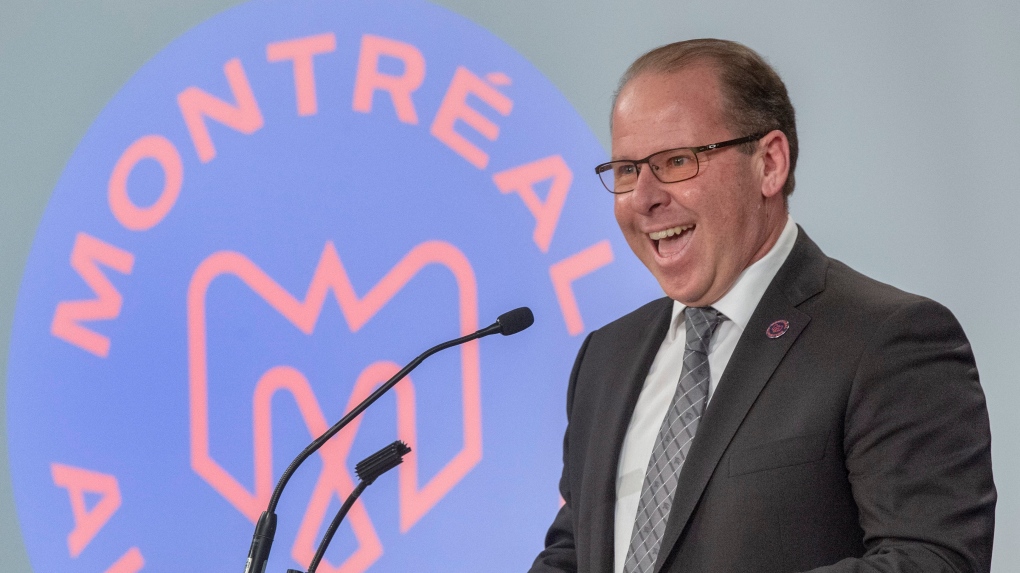 MONTREAL -- After 19 years, Danny Maciocia is coming "back home" -- and he likes who he sees there.

Maciocia, returning to the Montreal Alouettes as general manager, says he would have fully backed the recent move to extend head coach Khari Jones's contract.

"I don't think I would have done it any differently," said Maciocia, who broke into pro football with the Alouettes as an assistant coach in 1996, staying with the team through 2001.

"When you just take a look at what coach Jones had to deal with last year under these difficult -- tremendously difficult -- circumstances, I don't see how you don't give him a three-year deal.

Maciocia, the head coach of the University of Montreal Carabins since the 2011 season, was unveiled Monday as the CFL club's GM by new co-owner Gary Stern.

The Alouettes also announced the hiring of Montreal businessman Mario Cecchini as president, exactly one week after Stern and Toronto business partner Sid Spiegel were introduced as new owners of the franchise by the CFL.

Jones's re-up last month means Maciocia will not get to hire his own coach, as the Alouettes break away from CFL tradition.

The Als, then owned by the CFL, gave Jones a three-year contract extension after he led Montreal to the playoffs last year for the first time since 2014.

Jones, 48, became Montreal's head coach less than week before the start of the 2019 campaign when Mike Sherman was fired. Despite that, the Alouettes (10-8) exceeded all expectations under Jones, finishing second in the East Division and posting their first winning record since 2012.

He and football operations director Eric Deslauriers have spearheaded Montreal's off-season preparations. That includes re-evaluating the Alouettes' final roster, prioritizing their pending free agents and anticipating which players might be worth pursuing once CFL free agency begins Feb. 11.

"Is there work? Absolutely. Do we have some issues with the roster? I'm not going to lie to you, I'm going to be transparent: Yes we do." Maciocia said.

Maciocia went on to be head coach of the Eskimos from 2005 to 2008, winning the Grey Cup in his first year. He also was the Eskimos' director of football operations from 2007 to 2010 before being fired.

Edmonton is where he first met Jones, a former CFL quarterback who had two brief stints with the Eskimos, including under Maciocia's leadership.

Jones has also scouted at Carabins games at the University of Montreal, where Maciocia has guided the team to three Vanier Cups, winning the national title in 2014.

"We've had supper together," Maciocia said, "and this all took place before the month of May," -- when the CFL took over the franchise from American businessman Bob Wetenhall.

Maciocia is coming off a run to the Vanier Cup game, with the Carabins losing to the Calgary Dinos.

"There's not much else for me to do there," Maciocia added of the Carabins, citing the team's success as well as its athletes' high graduation rate -- about 85 per cent, he said.

The contract that lured him back marks "a commitment of several years," Cecchini said.

The new president said his prime goal is to shore up the franchise's flagging attendance and "bring the pride back."

The past nine months churned up disenchantment from several would-be buyers who felt snubbed by the CFL -- many of whom were bilingual, including Montreal movie-theatre mogul Vincenzo Guzzo and former Alouettes running back Eric Lapointe.

Last week Stern -- neither he nor his co-owner speak French -- pledged that the franchise would hire a bilingual president, making good on the promise by inking Cecchini, a former president of Corus Media Quebec.

On top of setting up a scouting base in the U.S., Maciocia said he aims to "get a little bit closer" to Quebec universities, "because we understand the hotbed of football in Canada is happening in Quebec.

"We're going to have as many Quebecers as possible representing the Montreal Alouettes," he said.

Defensive lineman John Bowman, who was an East Division all-star last year at age 37, is pondering retirement. Montreal won't have rushing leader William Stanback (1,048 yards) next season as he recently signed with the NFL's Oakland Raiders.

"As far as timetables are concerned, we're clearly behind the eight ball," Maciocia said.

The hurdles didn't hold back Maciocia's enthusiasm about his new role at Molson Stadium.

"I'm so excited about being back home. This is truly a dream come true," he said.

"I really have to try to contain myself, because this is a day that's filled with a lot of emotion."

This report by The Canadian Press was first published Jan. 13, 2020.