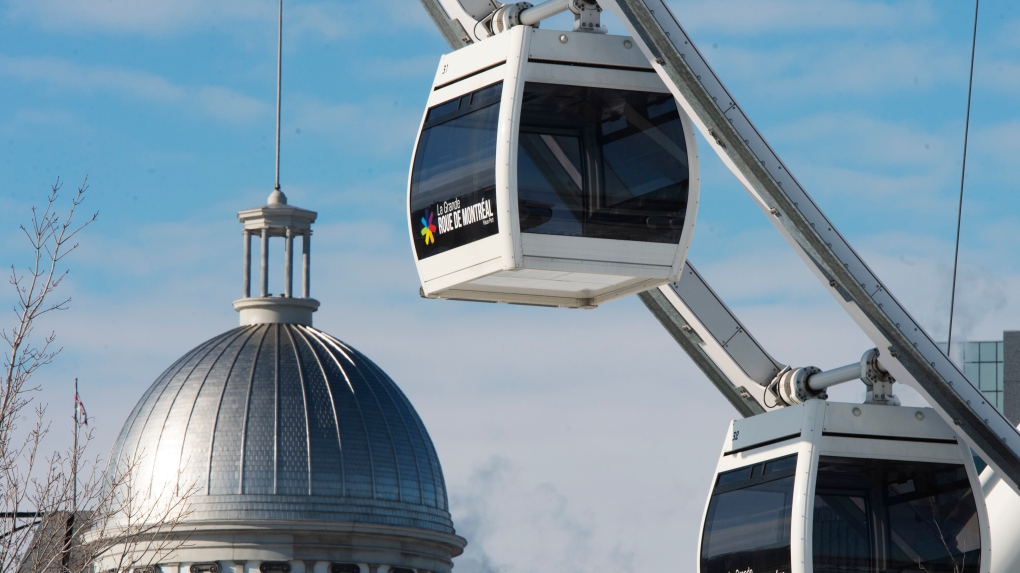 A 22-year-old employee of the Grande Roue de Montréal has died following a work accident at the Montreal Ferris Wheel on Christmas Day.

The man was taken to hospital following the incident after 1 p.m. on Dec. 25.

For now, it's unclear exactly how the worker was hurt. An investigation is underway, according to Quebec's labour standards board (CNESST).

The Ferris Wheel will be closed until further notice, wrote La Grande Roue de Montreal in a public statement Saturday.

"Our thoughts are with our employee and those near to him. La Grande Roue (Ferris Wheel) will remain closed until further notice," read the statement.

"Police are investigating and La Grande Roue de Montreal is fully cooperating with the investigation."

The organization refused to provide details on the accident while the investigation is underway. This is a decision of the Grande Roue de Montréal and not a directive from the CNESST or the police, confirmed spokesperson Mathieu Filion, to The Canadian Press.

According to information from Nicolas Bégin of the CNESST, the young man was clearing the snow from the Big Wheel at the time of the accident.

Bégin added that “La Grande Roue will not be accessible as long as the employer does not submit a safer snow removal procedure."

-- Published with files from The Canadian Press.

The first teaser trailer for the long-awaited 'Super Mario Bros. Movie' is here — but a lack of Italian flair in Mario’s voice is leaving some fans feeling like they just got hit with a Koopa shell.

There's been a 20-year series of middleweight clashes in the parliamentary fight club - Chretien vs. Day, Martin vs. Harper, Harper vs. Mulcair, Trudeau vs. O'Toole - but nothing comes close to the slugfest now raging between Conservative leader Pierre Poilievre and Prime Minister Justin Trudeau.

In move toward decriminalization, Biden pardons thousands for 'simple possession' of marijuana

U.S. President Joe Biden is pardoning thousands of Americans convicted of 'simple possession' of marijuana under federal law, as his administration takes a dramatic step toward decriminalizing the drug and addressing charging practices that disproportionately impact people of colour.