$25,000 settlement for Sixties Scoop survivors a 'slap in the face'

Brenda Marcoux has been struggling this week after the announcement that lawyers representing survivors in the 60s Scoop class action settlement against the Canadian government are requesting court approval to issue a final $4,000 payment to those who signed up for the case.

"It's like they paid $25,000 to erase the Indian," said Marcoux, who is Interior Salish from the Ts'kw'aylaxw First Nation in Lillooet, B.C.

During the so-called Sixties Scoop, people were taken from their communities, cultures and ways of life and placed elsewhere into foster care or adoption arrangements. Often, they were relocated far away from their home communities, and many faced abuse and dangerous situations after being moved.

"That [$4,000] was the straw that broke this camel's back," Marcoux told CTV News. "It's like a slap in the face. It's like an insult. I feel like there is no amount of money that's ever going to be enough to replace what we've lost, but this just feels like further trauma, further abuse. They're always doing it to us. It's never going to end."

The settlement amount, which Marcoux calculates based on 57 years of removal from her community, amounts to $1.20 per day for being taken from her community and culture and forced to live over 4,300 kilometres away.

After her mother was violently killed and her father convicted with her murder, Marcoux was adopted by a non-Indigenous military family that moved from Kamloops, B.C. to Longueuil, Que. where they were from originally. She, along with her siblings, were able to reconnect with her birth family, including her father, who admitted what he did to her mother.

"We were some of the very lucky ones because I met my father," she said. "I met all my aunties and uncles. I met all of my siblings. And we're very, very very lucky to have been accepted back into our community." 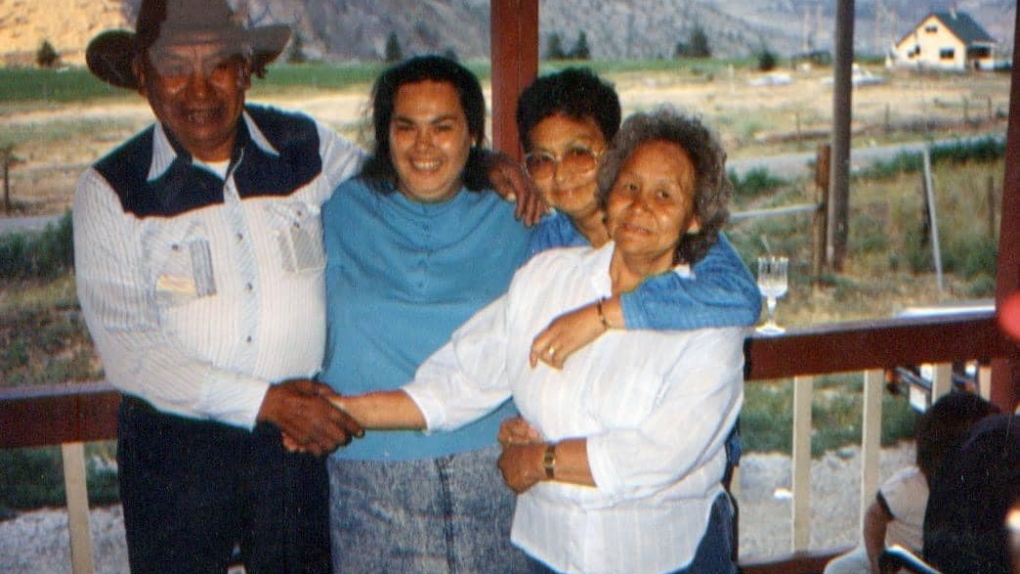 Brenda Marcoux is one of the luck 60s Scoop survivors who was able to reconnect with her family in the community where she was born. SOURCE: Brenda Marcox

Many were not so lucky, and some children were taken much further away from their communities.

Colleen Cardinal is co-founder of the grassroots support group the Sixties Scoop Network. A map on the site shows how some people were taken from their communities and moved as far away as Denmark, the U.K. or Los Angeles.

"We weren't just taken across provinces. We were taken across the world," said Cardinal. "So how do you get that back?"

Between 1951 and 1991, Indigenous children were taken into care and placed with non-Indigenous families, in what has become known as "The Sixties Scoop." The class action argues that those affected by this program "suffered significant harms as a result of these practices - specifically the loss of their cultural identity," according to the Collectiva site.

The settlement was agreed on in 2018. 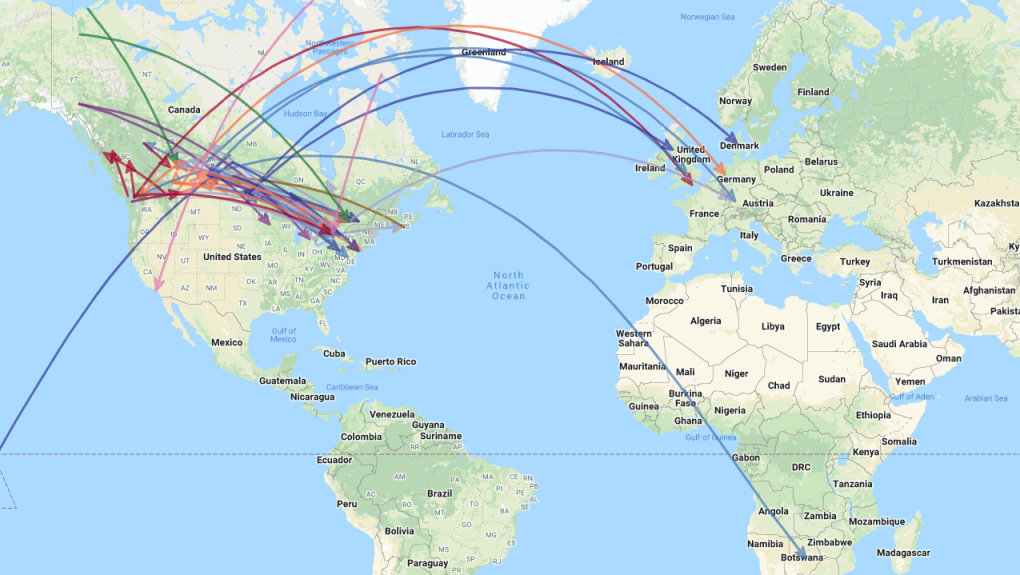 A map showing the distance 60s Scoop survivors were forced to go after being adopted from their communities.

Cardinal was at the table when the federal government was coming up with a settlement number based on the numbers of eligible victims and their loss of culture.

"They think it was a good settlement. We don't think it's a good settlement, but we were kind of forced into accepting and told us that this was the best deal we were going to get for loss of culture that didn't even address sexual and physical abuses and trauma that we experienced," said Cardinal. "Not only is it triggering for survivors to remember but it was also a reminder of how little our lives were valued."

"We will continue to pursue the vital work of advancing reconciliation with Indigenous Peoples ‎and all Canadians, to address the tragic legacy of abuse suffered by Indigenous children," said Fournier.

She said those lucky enough to be able to reconnect with their birth families often face culture shock as they are trying to connect with people raised with sometimes extremely different worldviews.

"It depends on where they were taken, how far they were taken and how assimilated they were," said Cardinal. "We were literally raised and brainwashed to be non-Indigenous... Sometimes reintegration is not successful and we're left estranged from both of our families... Some of us have never found our families."

Cardinal said some were in abusive situations and in attempting to flee the situation, wound up homeless, or involved in criminal activities.

Many, she added, did not or could not sign up for the class action settlement, as they couldn't access a computer, were incarcerated or didn't hear about it.

"They will up and down say, 'We did everything we could,' but they didn't," said Cardinal. "I met with minister [Carolyn] Bennet and said, 'there are so many folks who don't know about the settlement or missed the deadline...' A lot of these folks live on the streets and are experiencing extreme poverty, so those folks were left out."

Marcoux said she doesn't know what an appropriate amount would be in terms of compensation but feels like the $25,000 payment is not enough and a way to avoid taking true responsibility for the era.

Cardinal would first and foremost like an apology from the federal government like the ones that have been made by the provinces of Manitoba, Saskatchewan and Alberta.

"Not just an apology, but for the government to ask for our forgiveness for what they've done to our families. Not just us as survivors, but our birth families and our generations to come... Even our adoptive families.

Cardinal wants more from the federal government than a small payment.

"I want some people to be held accountable," she said. "Whether it's the province the federal government, people took part in this and people knew about it, and it's literally trafficking of Indigenous children through the child welfare system."