MONTREAL -- We're in for a walloping: the Montreal region is expected to get its heaviest snowfall of the season, with up to 50 cm of snow falling by Friday night.

The forecast prompted Montreal school boards to cancel classes on Friday. It's the first snow day of the year. 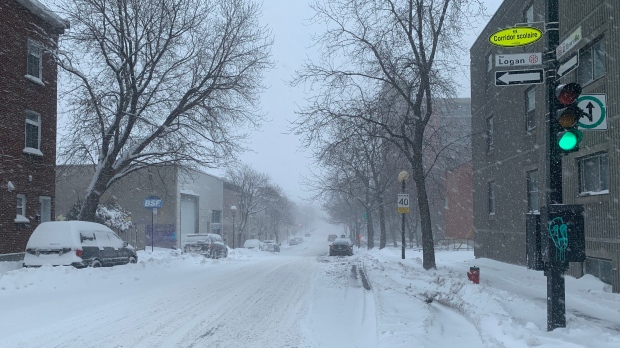 Some five to 10 cm fell Thursday morning, with heavier snows overnight and through Friday. Snow is expected tapering off Friday evening as temperatures drop for the weekend.

#Snow will taper off this evening.#Montreal could see a total ~35cm.
Temperatures plummet tonight and it will be bitterly #cold into the #weekend.@CTVMontreal pic.twitter.com/ui20aR60mc

Strong winds are gusting up to 60 kms per hour, causing blowing snow over the southern and central parts of the province.

Environment Canada suggested that people consider "postponing non-essential travel until conditions improve" and warned that "rapidly accumulating snow could make travel difficult over some locations. Visibility may be suddenly reduced at times in heavy snow." 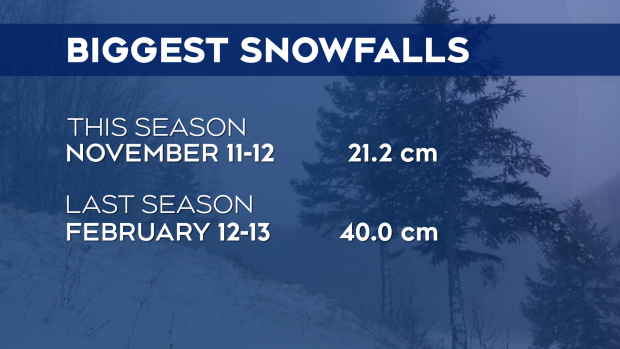 If it reaches the maximum forecasted snowfall of 50 cms, this storm could rank among the biggest whoppers on record for Montreal. 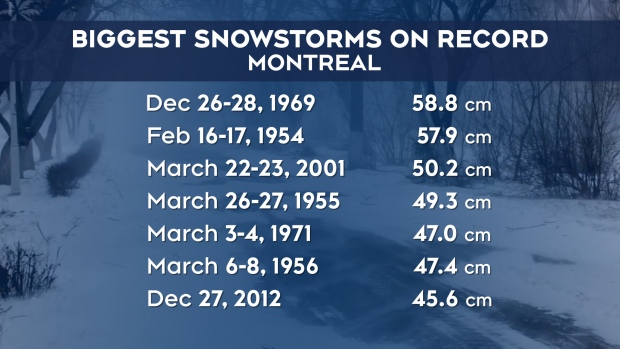