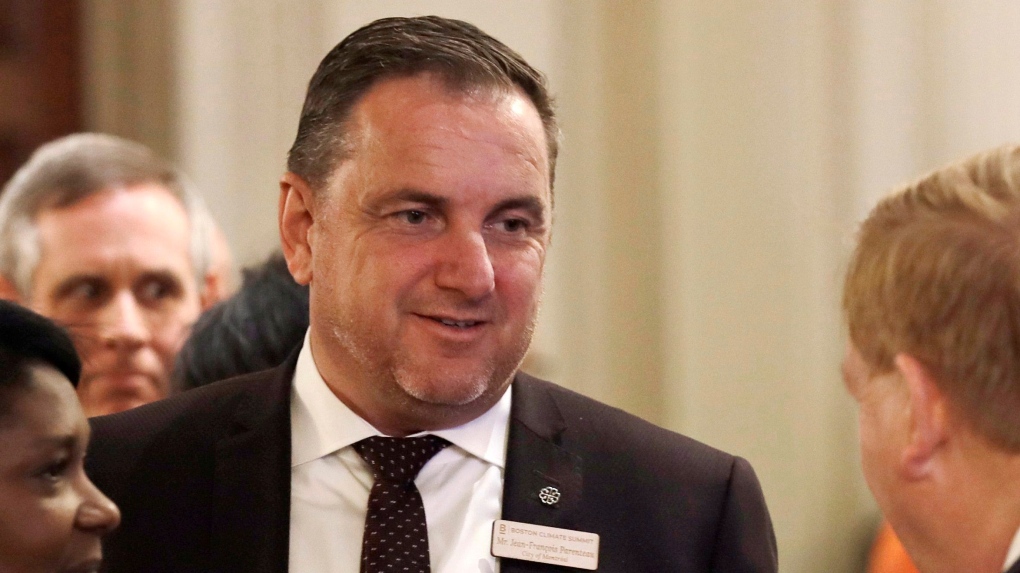 Verdun Mayor Jean-Francois Parenteau, as seen in this 2018 file photo, says he will not be running in the upcoming municipal election. (AP Photo/Charles Krupa)

MONTREAL -- The mayor of the borough of Verdun, Jean-François Parenteau, announced Monday morning that he won't seek re-election to a third term this fall.

He says public discourse has gotten nastier lately, and it's been draining, according to a Facebook post he wrote outlining the decision.

"The pandemic and the state of mind of the general population have also brought about a change in behaviour on social networks," he wrote.

It's probably just a minority of people, he added -- he believes the rest are not to blame.

But still, "the personal attacks and gratuitous comments are more and more prevalent, and they ended up getting to me," Parenteau wrote.

"It had an impact on the pleasure I have always had engaging in exchanges with you."

First elected in 2013 as part of the Denis Coderre team, Parenteau has served two terms as city councillor and Verdun mayor. He currently sits as an independent.

Working in politics should involve a total commitment, he said, and he also wanted to remain accessible to citizens nearly all the time, and to humanize his job.

It used to be that speaking with voters gave him a boost to keep up that pace, he explained, but no longer.

"This relationship has nourished and really motivated me to continue," he wrote.

"It was a source of energy for me. Now it's often overbearing and in a negative tone. It became very heavy and less and less pleasant."

It all, he said, "leads me to realize that I no longer have the energy and motivation to seek a third term."

He said he also wants to reconnect with family, friends and all the aspects of his personal life he's neglected in order to commit himself to the job.

He added a special note to "sincerely thank Mayor Valérie Plante for her trust over the last 4 years" and for working in collaboration, and to Verdun citizens.

As for who may run to replace him, it's unclear. Verdun councillor Sterling Downey told CTV on Monday that he's not considering trying to take over as borough mayor, saying he "would never want to be bogged down in an office, buried in paperwork," and that he prefers being councillor.