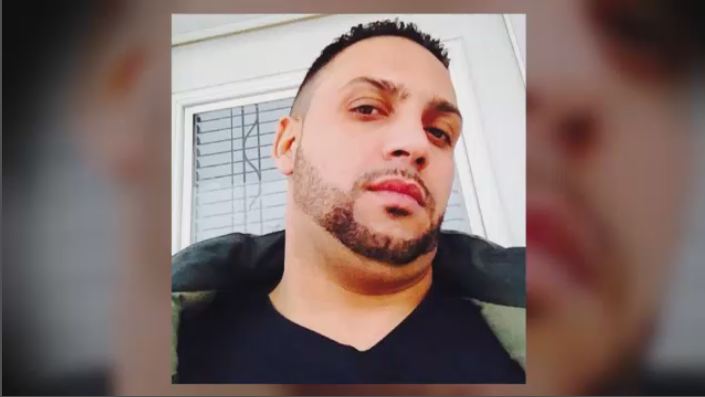 Sofiane Ghazi, 37, allegedly stabbed his pregnant girlfriend with a BBQ fork, leading to the death of the fetus shortly after he was delivered via C-section. (CTV Montreal)

A Montreal man charged with fatally stabbing his unborn baby had been fighting with his pregnant wife the evening prior to the attack, a jury trial heard Wednesday.

Sofiane Ghazi, 39, is charged with first-degree murder of the infant, referred to in court simply as "Baby Ghazi."

He is also charged with attempted murder in the alleged stabbing of his ex-wife, who was 36 weeks pregnant.

"He struck her in the stomach with a carving fork," prosecutor Chantal Michaud told jurors in her opening statement. "What's particular about this case compared to other homicide cases is the accused injured Baby Ghazi while (the baby) was still inside the womb."

The mother was rushed to hospital and the child was delivered by emergency C-section following the alleged attack on July 24, 2017.

After the birth, the baby had a heartbeat for several minutes, Michaud told jurors, before succumbing to the injuries.

The accused formally pleaded not guilty as the jury, after being briefed by Quebec Superior Court Justice Jean-Francois Buffoni, began hearing the Crown's evidence.

About 20 witnesses will take the stand, Michaud said, including police, first responders and civilians. Also expected to testify is Ghazi's former spouse.

In addition, the Crown will also call the doctors who helped deliver the baby and a pathologist who examined the victim.

The jury heard first from next-door neighbour Noella Bernier, who testified she heard screams through the walls at about 2 a.m. and watched the accused walk quickly down the back stairs from his balcony to the couple's car and drive away.

Bernier said then she could hear what she described as "hysterical screams" from a shared corridor between the two apartments and found the woman urging her to call for help.

Sitting the pregnant woman down on the steps, she called 911, and police and paramedics arrived quickly.

Bernier shook and sobbed as she testified about the large amount of blood. She said when paramedics cut away at the woman's night gown, she saw the puncture wounds in her stomach.

The witness said she'd moved into the building about a month before the couple did in January 2017 and that she often heard them arguing.

The prosecutor noted in her opening that the couple had been married for 12 years and already had two children -- a girl and a boy -- 7 and 5.

"Mr. Ghazi consumed hard drugs and the couple was going through difficulties at the time," Michaud said.

On July 23, the woman, believing Ghazi had been taking drugs, ordered him from their apartment. He refused and she called 911 which led him to leave angrily before police arrived.

Michaud told jurors Ghazi returned several hours later, still angry, and scolded her for calling the police before he allegedly attacked her.

"You should know from now that questions of intention, premeditation and deliberate comments will be at the heart of the litigation," Michaud told the jury. "It will be up to you to determine what state of mind the accused was in at the time of the event."

The trial is expected to last up to five weeks.