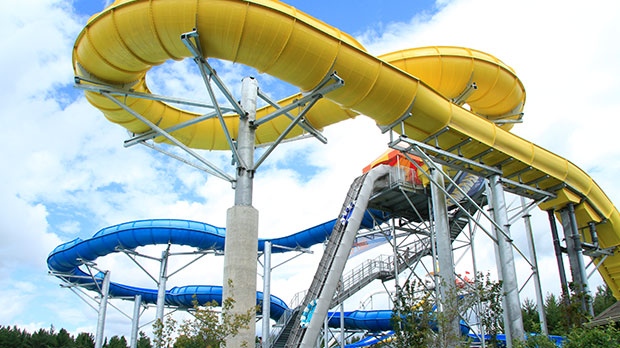 Two years after a human rights complaint, a chain of water parks in Quebec and Ontario has quietly changed its rules about acceptable swimwear.

Newspaper Le Droit discovered the change in regulations which treat men and women the same.

Calypso and Valcartier's dress code now states, "bathers of all genders are required to wear an appropriate swimsuit bottom."

The water parks are not allowing people to wear thongs or transparent clothing and reserve the right to determine what is appropriate.

The parks do allow burkinis and hijabs in all pools and some rides, but not on water slides.

Two years ago Groupe Calypso Valcartier issued a statement that women had to wear bathing suits that covered their breasts.

That came after a human rights complaint filed in Cornwall over its policy of not allowing women to bathe topless at city pools.

That complaint, which also named Calypso and several hotels, was settled out of court.

In 1996 Ontario's Court of Appeal ruled that women were allowed to be topless in public because community standards did not consider breasts to be obscene.

The Calypso group water parks are in Limoges, Ont., and Valcartier, near Quebec City.