'They created an expectation': Quebec artists waiting for Netflix investments 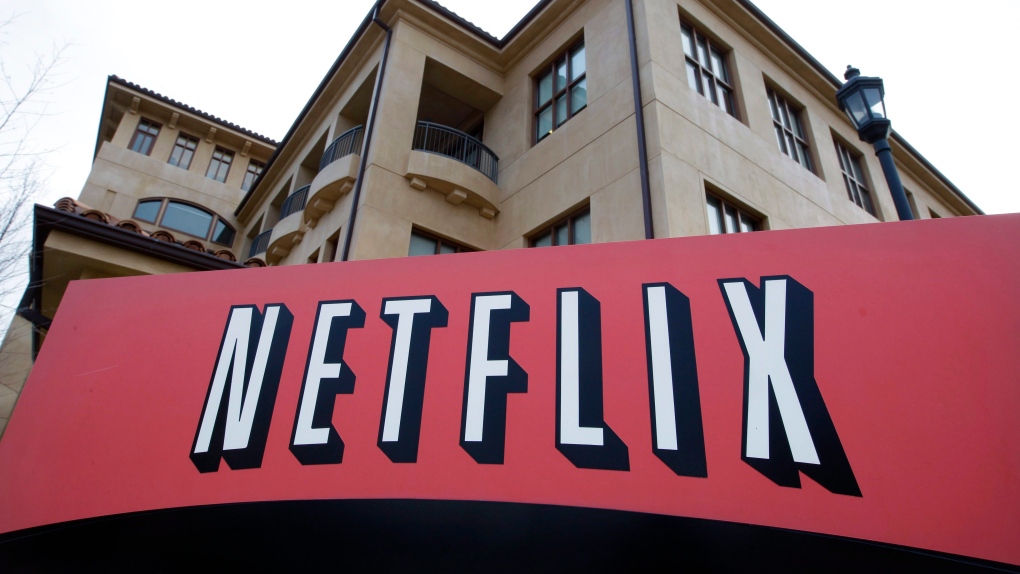 The U.S. streaming giant committed in September 2017 to investing $500 million over five years in Canadian-produced movies and television shows, in both English and French.

"It's not happening fast," Turcotte said to Trudeau about Netflix money in Quebec. "There is nothing happening."

The prime minister replied defensively: "On the contrary." Netflix would invest "even more than they had initially planned to," he promised.

But none of the Quebec-based production companies or unions representing actors, directors or writers contacted by The Canadian Press said they have heard of any French-language movie or television series in development by Netflix in the province.

Culture is a highly charged issue in Quebec -- and it's no surprise that alongside questions about cannabis legalization and Saudi arm sales the prime minister was put on the spot about Netflix.

Melanie Joly, the former heritage minister, lost her portfolio last summer following what was widely seen as a disastrous handling of the Netflix file.

Joly was savaged in the Quebec media for her government's decision not to impose the federal Goods and Services Tax on Netflix or any other online-streaming company.

Netflix's $500-million announcement was seen by cultural and political leaders in the province as a sop to the industry after the government exempted Netflix from tax requirements faced by other players in the industry.

It's a question of equity, said Gilles Charland, director general of the union representing Quebec's image and sound technicians.

"It's not about adding a tax on people," Charland said. "It's about ensuring that whether you're subscribed to Bell or Videotron or Shaw or Netflix, you pay a tax for using that product."

The $500-million pledge was supposed to make up for the break given to Netflix, but more than one year after the announcement, francophone Quebec directors, writers and actors are still waiting for a big project.

"It takes time to develop projects," he conceded, "but still, there should at least be some deals for developing something."

On the English side, Netflix has made significant moves in Canada over the last year.

It recently renewed the show, "Travelers," created by Canadian Brad Wright and shot in Vancouver. The company has other English-language movies and television shows in production across the country.

Montreal-based Muse Entertainment is currently in post-production on "Good Sam," a US$5-million feature film for Netflix, scheduled to run on the company's online platform in 2019.

Muse Vice-President, Jesse Prupas, said in an interview, "as a producer, I am very happy for this opportunity and it took me years to get it -- I'm delighted."

Netflix points to two recent projects involving francophone talent as evidence it has not ignored Quebec.

It bought the rights to the 2017 film, "Les affames," scheduled to appear on the platform in 2019. And the company plans to record four francophone comedians during the next Just for Laughs comedy festival in Montreal as part of an international series featuring 47 comedians from around the world.

Writers, editors and actors see signs of goodwill from Netflix, but so far it is not funding any original Quebecois movie or television series.

In a statement to The Canadian Press, Netflix said, "we are always on the lookout for the best stories."

The company said its $500-million commitment includes movies and television shows in both English and French, as well as an additional $25 million in market development.

"There is more to come," the company said.

Simon Ross, a spokesman for the Heritage Department, declined comment on the progress of Netflix investments but assured Quebec artists, "we have their back when it comes to protecting our culture." He said the government "expects the company to make the investments stipulated under the Investment Canada Act in both official languages, and we are monitoring it."

Last May, Netflix held a two-day series of meetings in Montreal during which it received numerous pitches. Helene Messier, head of an association that represents 150 independent Quebec production companies in film, television and online, attended one of the events in May.

"There were more than 1,000 ideas submitted to Netflix during those meetings," Messier said in an interview. "I know it can take time to develop projects," she added, "but I would have hoped that by now we would have at least been able to announce something."

Messier said Netflix "created an expectation" in Quebec last year when it announced its investment, and she remains optimistic.

"I think they will deliver," she said in an interview, "but I don't know when."