The Liberals French-language campaign song will be redone after criticism 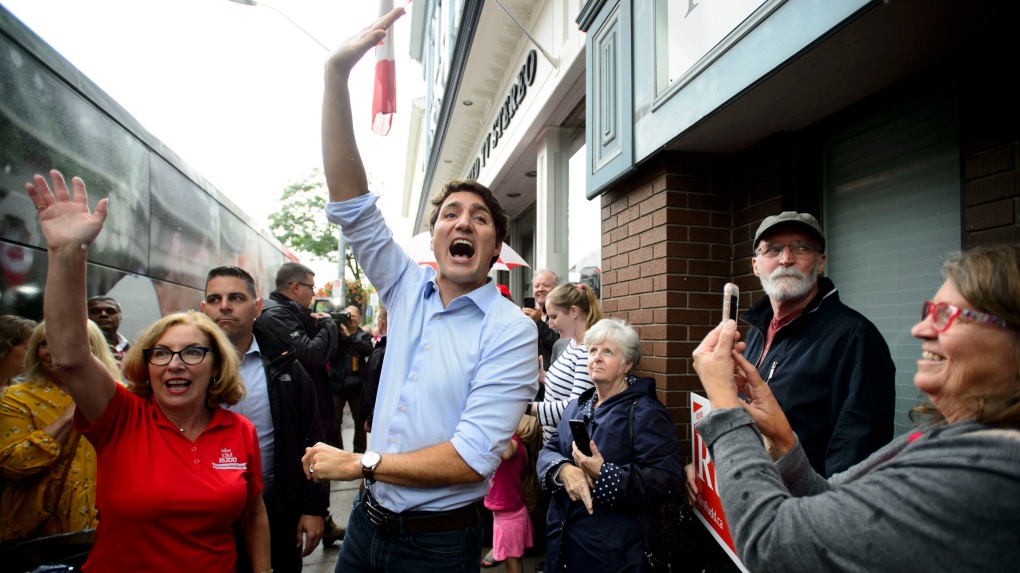 Liberal Leader Justin Trudeau is raising 'one hand up' yesterday, which is also the title of the Strumbellas poorly translated campaign song. THE CANADIAN PRESS/Sean Kilpatrick

The French version of the campaign song will be translated once again and re-recorded, party spokesman Pierre-Olivier Herbert said.

"We realized ... that the French wasn't perfect," he said. "That's why we won't use this version anymore and we'll re-record it."

The Liberals chose the English-language song, "One Hand Up," by Canadian rock band The Strumbellas as the party's theme song.

The Toronto-based band translated their own lyrics and recorded the French-language version, but the rendition was criticized online as poorly translated and incomprehensible.

Quebec actress Salome Corbo posted on social media, "When your re-election rests partly on the Quebec vote and the francophone vote outside Quebec, maybe you should entrust the words to someone who has mastered this beautiful language."

Gaetan Barrette, former Quebec health minister and current Liberal member of the provincial legislature, posted online that he listened about "15 times" to the song and still didn't know what it was about.

Justin Trudeau's Liberals at first saluted the anglophone group's efforts to translate and record a song in the country's second official language, saying Sunday that no changes would be made.

But the next day, the party had changed its position.

Liberal MP Melanie Joly, who served as minister of official languages before Parliament was dissolved for the election campaign, said her party's intentions were noble.

"But hell is paved with good intentions," she said during an interview with Radio-Canada.

It was still unclear Monday afternoon who would sing the party's French-language theme song.