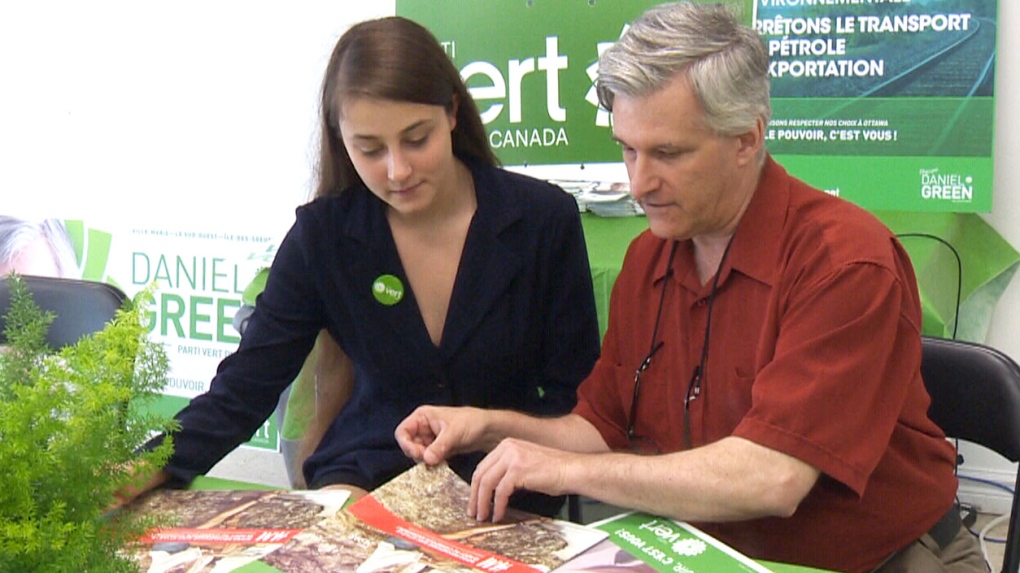 Deputy leader Daniel Green said, "I too would have climbed the Jacques Cartier bridge to make myself heard" in support of Extinction Rebellion activism this week.

MONTREAL -- Deputy Green Party leader Daniel Green said in a statement Saturday that he supports Extinction Rebellion actions over the past week that included scaling the Jacques Cartier Bridge and blocking traffic in downtown Montreal Oct. 8.

"As long as the governments of Quebec and Canada continue to offer the population false plans for the environment and ignore the biggest climate crisis in history, civil resistance will continue," wrote the deputy leader. "It is up to the public to condemn governments for their perpetual inactions, and not the other way around! "

The candidate for Outremont, Green claims as his mandate "popularizing scientific knowledge in the field of ecotoxicology and managing outreach and public information programs."

Before running for the Green party, Daniel Green headed the environmental group the Societe pour Vaincre la Pollution (SVP), and since 2000 has been a consultant with the Sierra Club of Canada, Coalition Eau Secours, Fondation Rivieres, Nature Quebec and others.

He did not shy away from voicing his support of even the most extreme Extinction Rebellion action during the group's International Week of Rebellion.

"I understand the frustration of these young people, and if I was 30 years younger, I too would have climbed the Jacques Cartier bridge to make myself heard," he wrote. "All of these gatherings show that governments have failed and I am more than disappointed. Half a million were in the streets of Montreal two weeks ago to demand political change. Have we been heard? No, so as we block their lives, they block our bridges."