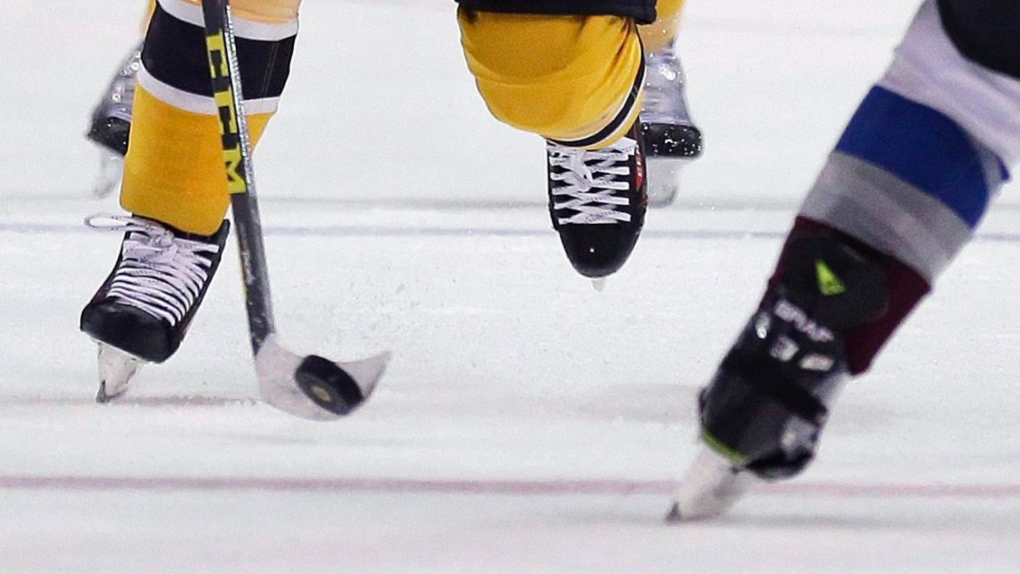 MONTREAL -- All group sports activities in Quebec's red zones will suspended until at least Oct. 28 as the provincial government tries to prevent the continued explosion of COVID-19 cases.

Junion education minister Isabelle Charest made the announcement on Monday, specifying that the interruptions will begin on Oct. 8. She said the situation will be re-evaluated after Oct. 28.

The ban includes games, training and physical activity classes that are not individual sports or activities.

The new measures included the temporary closure of fitness centres such as gyms. Charest said a financial assistance package for those businesses will be announced soon.

The minister encouraged Quebecers to continue participating in individual sports, so long as they respect public health guidelines.

One league that will be significantly impacted by the announcement is the Quebec Major Junior Hockey League, whose season began on Friday. Two of the league's teams, the Blainville-Boisbriand Armada and Quebec Remparts, play in the province's red zones.

According to the new regulations, the two teams will not be able to play a game until at least Oct. 28 and will only be allowed to engage in individual training. QMJHL commissioner Gilles Courteau said he was “very disappointed” by the announcement.

Asked last week about the possibility of the league's schedule being affected by government action, Courteau said no member of the league had been diagnosed with COVID-19 since it resumed activities. He added that time slots had been made available in the event that matches needed to be postponed.

Courteau maintained that the entire league would not interrupt its activities if one or several clubs were affected by the pandemic.