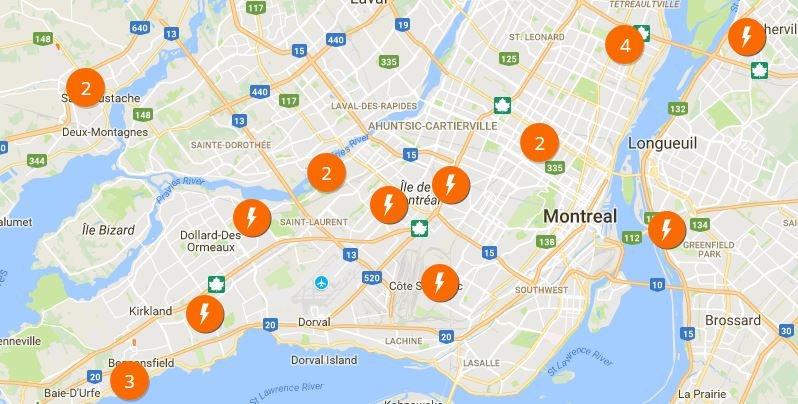 Hydro Quebec map of power outages around Montreal due to high winds on Sunday, October 8.

Strong gusts of wind in the Greater Montreal area caused many power outages across the island on Sunday.

Around noon at least 3,000 customers were affected in Montreal and by 5 p.m. there were still close to 800 without power.

The Laurentians, Lanaudiere and Monteregie regions were hardest hit, with more than 15,000 customers affected across the province.

According to Hydro Quebec the outages were caused by branches touching power lines because of the strong winds.

The utility says teams are working to restore power as quickly as possible, and Hydro Quebec is listing estimated times for when power will be restored on its website.