When Vassos Vasiliou laid down for a nap Thursday afternoon, he couldn't have imagined what he'd wake up to.

"I was taking a nap at the time, and what seemed to be lightning, thunder -- something hit the house," he told CTV News.

He woke abruptly and soon realized that a fire was burning in the attic of his Beaconsfield home, while a storm carried on outside.

He and his wife fled their house on Stonehenge Dr., near Fieldsend Ave, leaving their possessions behind.

It wasn't long before a team of 60 firefighters and 19 vehicles were battling the blaze, which burned on for hours.

Vasilou and his wife were the only ones in the house and neither were injured.

"We're happy to have our lives, of course," he said. "Most things can be replaced."

According to the Montreal fire department, it's too soon to say exactly what caused the fire, but one witness told emergency services they saw lightning strike the house. 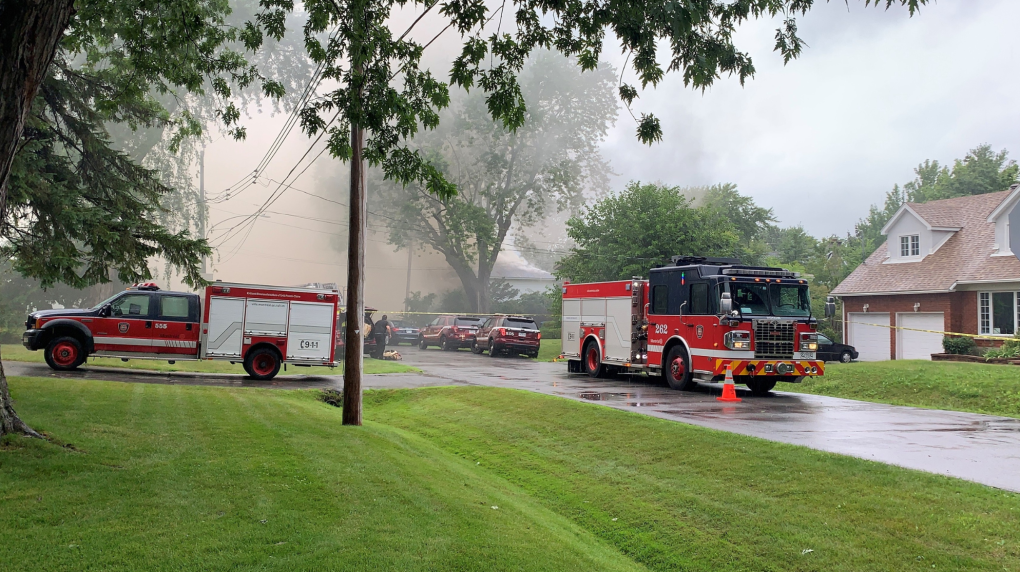 60 firefighters and 19 vehicles were deployed to a home in Beaconsfield, Que. after a home caught fire -- possibly due to a lightning strike. (Photo courtesy of Tom Labelle)

An investigation is underway to confirm the cause of the incident.

Last month, a lightning strike destroyed two homes in Sainte-Marthe-sur-le-Lac, Que. and badly damaged a third during a thunderstorm.

"It's like a double-edge sword," said Vasiliou. "We're lucky, of course, to have survived this and have the wherewithal to quickly assess the situation and leave the premises."

"[We're] unlucky in that, 'hey, what are the chances of winning a $50 million lottery?' It's the reverse that's happened here today."