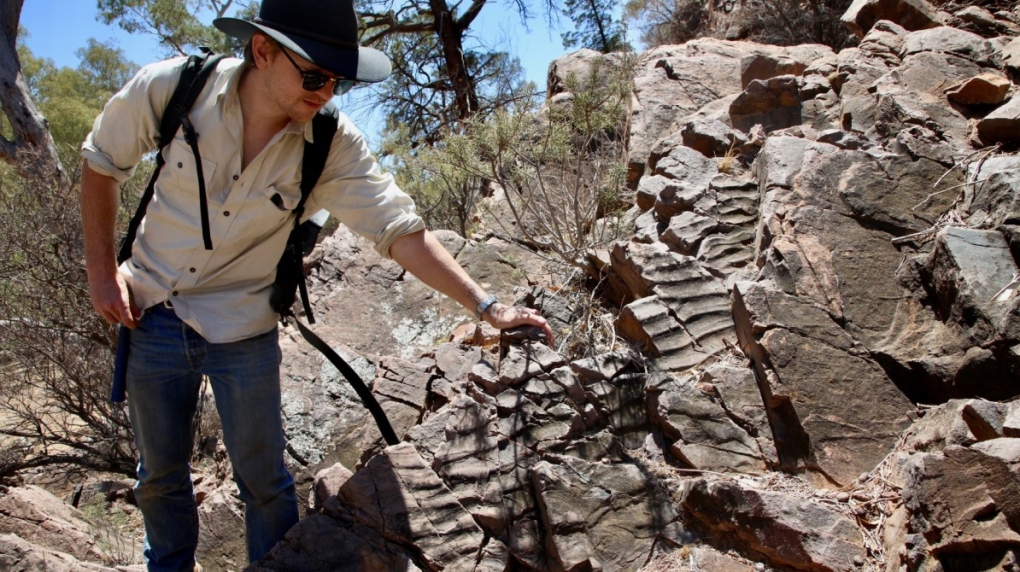 MONTREAL -- A McGill University researcher is unlocking the secrets of how life survived during Earth's most severe ice age.

The study, led by Department of Earth and Planetary Sciences postdoctoral researcher Maxwell Lechte, delves into the environmental conditions from about 700 million years ago. During that time, Earth was transformed into a massive snowball; the planet's surface became entirely or nearly entirely frozen, and the oceans were cut off from oxygen.

Lechte and his colleagues travelled to Australia, Namibia, and California to study rocks left behind by glacial deposits in those regions.

The study of those iron-rich rocks helped researchers estimate how much oxygen existed in the oceans during that era – the goal was to better understand the effects this would have had on marine life, including the earliest animals, like simple sponges.

While much of the oceans would have been uninhabitable during this period due to a lack of oxygen, the evidence showed there was a critical supply of oxygenated meltwater in areas where the grounded ice sheet began to float, Lechte explained.

"This trend can be explained by what we call a 'glacial oxygen pump'; air bubbles trapped in the glacial ice are released into the water as it melts, enriching it with oxygen," he said.

Until now, it was thought that oxygen-dependent life forms might have been restricted to meltwater puddles on the surface of the ice. Lechte's study points to new evidence of oxygenated marine environments that could have led to greater biodiversity.

"The fact that the global freeze occurred before the evolution of complex animals suggests a link between Snowball Earth and animal evolution. These harsh conditions could have stimulated their diversification into more complex forms," he said.

Lechte's study was published by Proceedings of the National Academy of Sciences of the United States of America.