Single-use plastic to be phased out in less than a year, but will Montreal restaurants be ready? 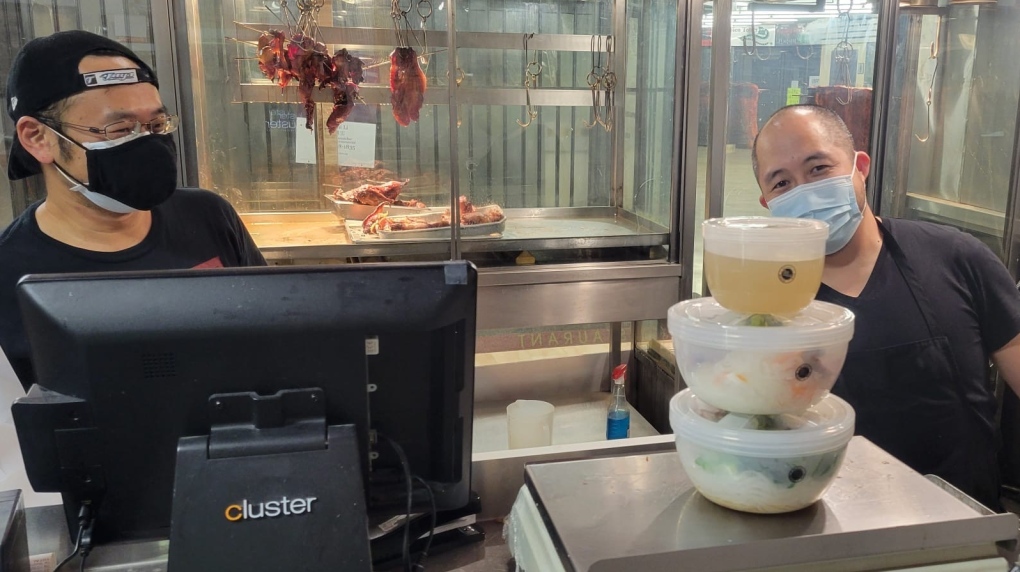 Bo reusable plastic containers are being used by at least 20 Montreal restaurants for their takeout fare (photo: Mishel Wong)

The countdown is on. In less than a year, a huge swath of businesses in Montreal’s food industry will be expected to fully comply with an existing by-law banning the use of certain single-use plastic items.

By March 1, 2023, your favourite food truck won't be permitted to hand you a plastic fork to dig into that poutine.

The takeout meal you order will have to be packaged in reusable containers.

But the head of a local non-profit organization whose mission is to develop and promote eco-responsible options for cafe and restaurant owners is concerned businesses won’t be ready in time.

Aurore Courtieux-Boinot, the co-founder of La Vague gets that impression from the silence that greets her when she cold calls owners and operators to explain how her group can help them tackle the single-use plastic problem.

In large part, she blames the strain of the pandemic. The shutdowns and the employee shortage made it exceptionally difficult for merchants to focus on anything but survival and that meant selling lots of takeout food packed into any containers available.

As summer approaches though, Courtieux-Boinot thinks "the environment is coming back as a top priority."

It will be up to political leaders and business owners to ensure new green systems become part of their core practices, she said and La Vague is there to offer support and to help raise eco-awareness.

A key business-related motivator for the food-service industry to go green, she suggests, is the current frailty of the supply chain.

"They do realize that it's very stressful to rely on products that are coming from the other side of the world…when there are a lot of delays," she said.

It's better to have a reliable supply of reusable packaging and with 11 months to go, it's not too late to meet the city’s deadline, she added, especially with several options available.

One of at least three pilot projects testing out reusable container systems in Montreal and featured by CTV News in July 2021 is a private enterprise, called Bo.

Back then, Bo's co-developer Mishel Wong was racing around Mile End trying to explain the company’s concept and sign up restaurants.

So far, the reusable packaging company claims to have prevented nearly 475 plastic containers from ending up in garbage cans and landfills.

"So it seems like the circular economy, reuse, is really getting a foothold," Wong said.

Bo's solution relies not only on the restaurants who sign up but also on their customers.

To participate, the restaurant clients have to register on Bo's website and acquire an ID number which they give to the participating restaurant when they order their food to go.

The food is then packed in Bo's reusable containers and the customer has 14 days to bring them to a nearby drop-off site when they're done with them.

Bo then reclaims the containers and takes them to their facility where they're washed and sterilized for reuse.

"We are now using a web app for the scanning and all the services. And we're going to convert that into an actual downloadable app in the coming six months," she explained. 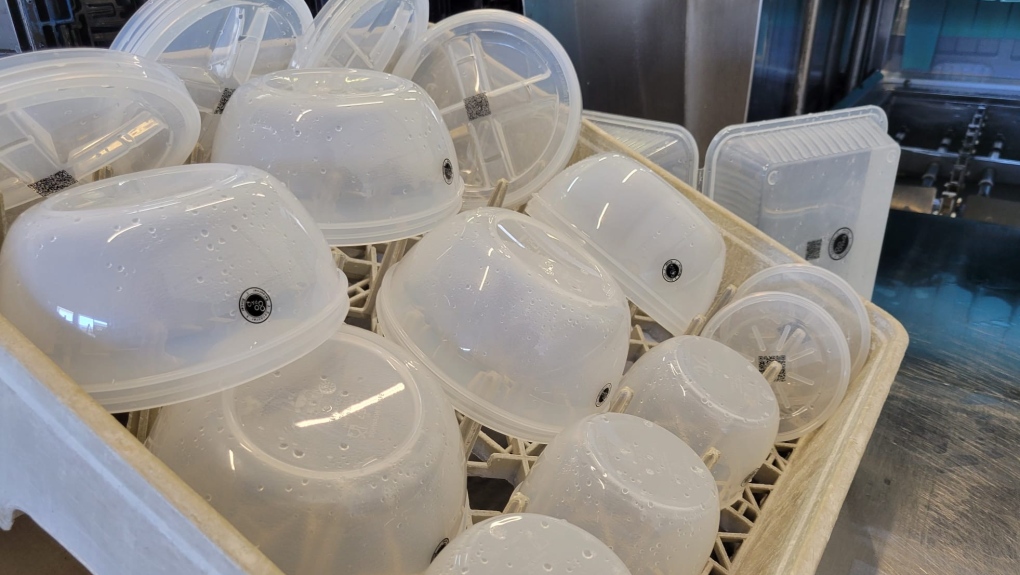 Since they already have an industrial washing facility operational, Wong also pitches the sanitizing service to other types of companies as a way to lighten the workload that may come with using reusable plastic containers.

Lufa Farms, an urban agricultural company, now sends its reusable plastic greenhouse bins to Bo for cleaning and credits Wong’s enthusiasm and eco-awareness for the decision.

"Her energy and her commitment towards sustainability – everything that has to do with Lufa’s values…it was a perfect match," said Harshada Gupta, Lufa’s continuous improvement manager.

"Sustainability should be at the heart of every company," Gupta added.

ONE SIZE DOES NOT FIT ALL

What works for businesses in Montreal, however, may not work in a small town in Quebec.

"We cannot solve that problem with one single option…every territory will have to adapt with what they need," said Courtieux-Boinot, which is why the three projects underway employ a variety of business models.

While Bo is a private initiative, La Vague launched a pilot project that is more in keeping with its non-profit mission.

"Our approach is very low tech, low barriers, because we cannot only be a Montreal solution, we have to be a Quebec-wide solution," she explained.

The team has been testing out an assortment of containers mostly in the Lachine area made of various materials: polypropylene, stainless steel and glass.

Within this system, the restaurants would purchase the containers and wash them when they're returned by the customer. A deposit system ensures the reusable ware is returned and the merchant doesn’t lose any money.

"In our case, you know, a normal restaurant that has a dishwasher and doesn't have that much money, all he wants is containers, right? That's what we're providing," she said.

A third project called Retournzy is run cooperative-style among participating restaurants and was launched in St-Henri.

It’s a consignment system that also charges customers a deposit, and provides for meals to be packed in stainless steel containers.

But for any no-waste projects to be successful, experts say the population needs to show local restaurants that they support green options for takeout dining.

"We are not resilient, whether as a restaurant or as a community, if we don't take on this challenge," Courtieux-Boinot said.

"We need to remind them, 'Look, I know it's a difficult time, but we need to do better together,'" though she hastens to add that if customers want to bring in their plastic containers from their homes for restaurants to fill, they need to make sure they’re clean and sizable.

Wong wants everyone to ask themselves hard questions about how we got here –why using disposable materials became the thing to do.

"It shouldn't have been easy to start with. Easy is throwing things away, throwing a party, and even though you have perfectly good bowls and plates at home, you use disposable because easy is just throwing everything out at the end of the party," Wong said.

"Trucks are going to come, it gets picked up, it goes somewhere and you never think about it again."

As a result, the environmental cost of all that waste is what "we now have to face," she said, "and the cost is so high."