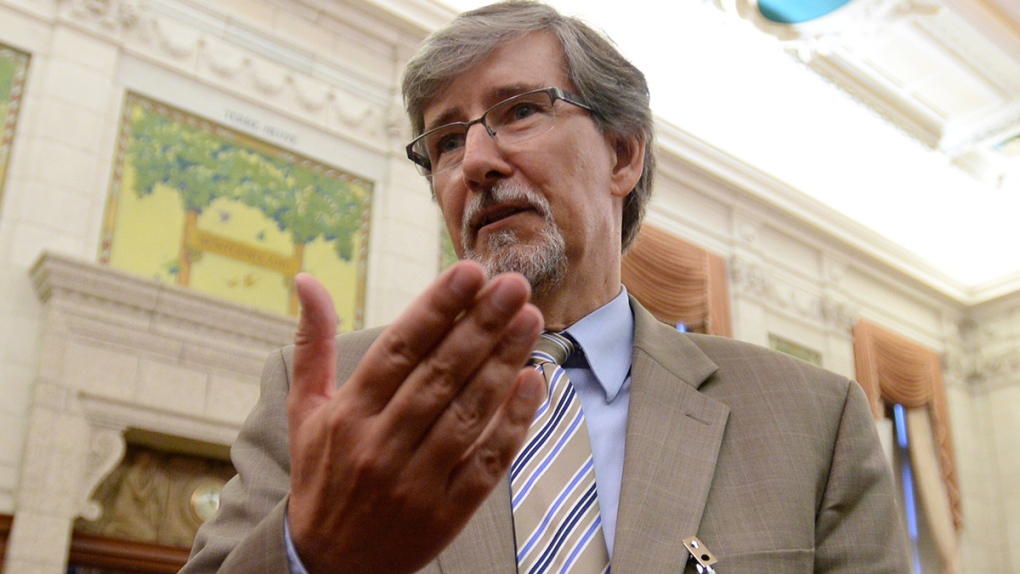 OTTAWA -- The scope of the Conservative government's anti-terrorism bill is "clearly excessive" and puts the personal information of Canadians at risk, the federal privacy commissioner says.

In a submission to the House of Commons public safety committee, Daniel Therrien says measures in the bill to protect against unreasonable loss of privacy are "seriously deficient."

The government brought in the bill -- which would significantly expand the Canadian Security Intelligence Service's mandate -- following the daylight murders of two Canadian soldiers last October.

The bill would give CSIS the ability to disrupt terror plots, make it easier to limit the movements of a suspect, expand no-fly list powers, crack down on terrorist propaganda, and remove barriers to sharing security-related information.

Therrien says the bill could make available all federally held information about someone of interest to as many as 17 government departments and agencies with responsibilities for national security.

The legislation sets the threshold for sharing Canadians' personal data far too low, he says.

In addition, Therrien is concerned the bill sets no clear limits on how long the information would be kept.

"While the potential to know virtually everything about everyone may well identify some new threats, the loss of privacy is clearly excessive," Therrien's brief says.

"All Canadians would be caught in this web."

Therrien published his submission to the committee Friday in advance of hearings slated to begin Tuesday. MPs plan to hear from more than 50 witnesses, including the privacy commissioner.

Opposition MPs have repeatedly criticized the government for boosting security powers in the legislation but not giving watchdogs more bite.

Fourteen of the 17 agencies empowered to receive security information under the legislation have no dedicated watchdog looking over their shoulder, Therrien said in an interview.

"So I think the problems we have with review currently are exacerbated by the bill."

Therrien said while he can look into complaints about information exchanges, all he can do is make recommendations to the government if he finds a practice to be unauthorized or illegal.

Canadians would not be able to ask a court to review the information-sharing made possible by the bill, he added.

"There is no judicial review of these activities and I think that is something that is clearly a flaw in the system."