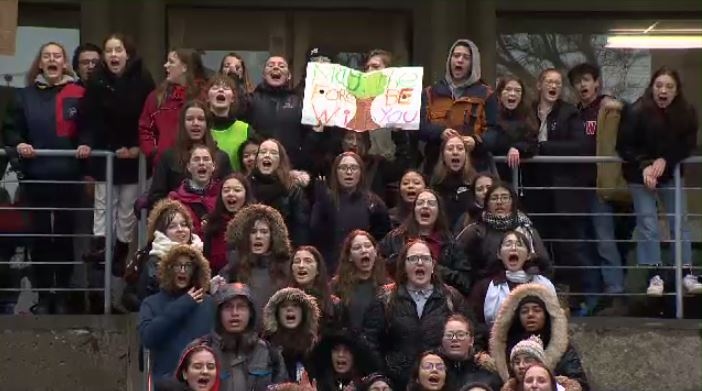 Montreal-area school boards won't stand in the way of their students taking part in the major climate change rally to be held Friday, Sept. 27, in Montreal.

The CSDM - Quebec's largest board, with more than 114,000 students - announced Tuesday that it would be having a ped day to allow students to attend the event.

While the EMSB will be holding classes as scheduled, it announced Tuesday afternoon that it will allow parents to choose whether or not to send their children to class that day or allow them to attend the rally. (The board is asking parents to notify their  school in writing to authorize their children to miss class in lieu of the protest.)

The Lester B. Pearson School Board already has a ped day for all elementary and secondary students scheduled for Sept. 27.

“The English Montreal School Board is concerned about climate change, and as an organization, we continuously strive to be environmentally conscious,” EMSB director-general Ann Marie Matheson said in a statement. “This rally will take place during our regular school hours and this event is not an activity supervised by the school, thus we cannot release our students.”

Concordia University and Dawson College had previously announced that they too would be cancelling many classes on Sept. 27 to allow their students to take part in the rally.

Thousands of students, and others, are expected to attend the rally against global climate change in Montreal that day, one of several being held in cities around the world.

Among those in attendance will be Greta Thunberg, the Swedish teen who has made international headlines with her efforts to raise global awareness of climate change.