MONTREAL -- While many Quebecers are braving sub-zero temperatures to get exercise this winter, it is a safe bet that most of them are wearing a jacket... and shoes!

Karim El Hayani is not one of those.

The barefoot runner, originally from Spain posted a 1:40:49 time running a half-marathon around frozen Lake Beauport and broke the time listed on the Guinness World Records site.

"I'm really happy to win this record because three years ago I thought that it was impossible," said Hayani from Bromont before going for a barefoot run Sunday.

Canadian Running reported that the record for barefoot running on snow or ice was 1:44:58 clocked by Norwegian Jonas Felde Savaldrud. He broke the record posted on the Guinness site which was 2:16:34 by Wim Hof. 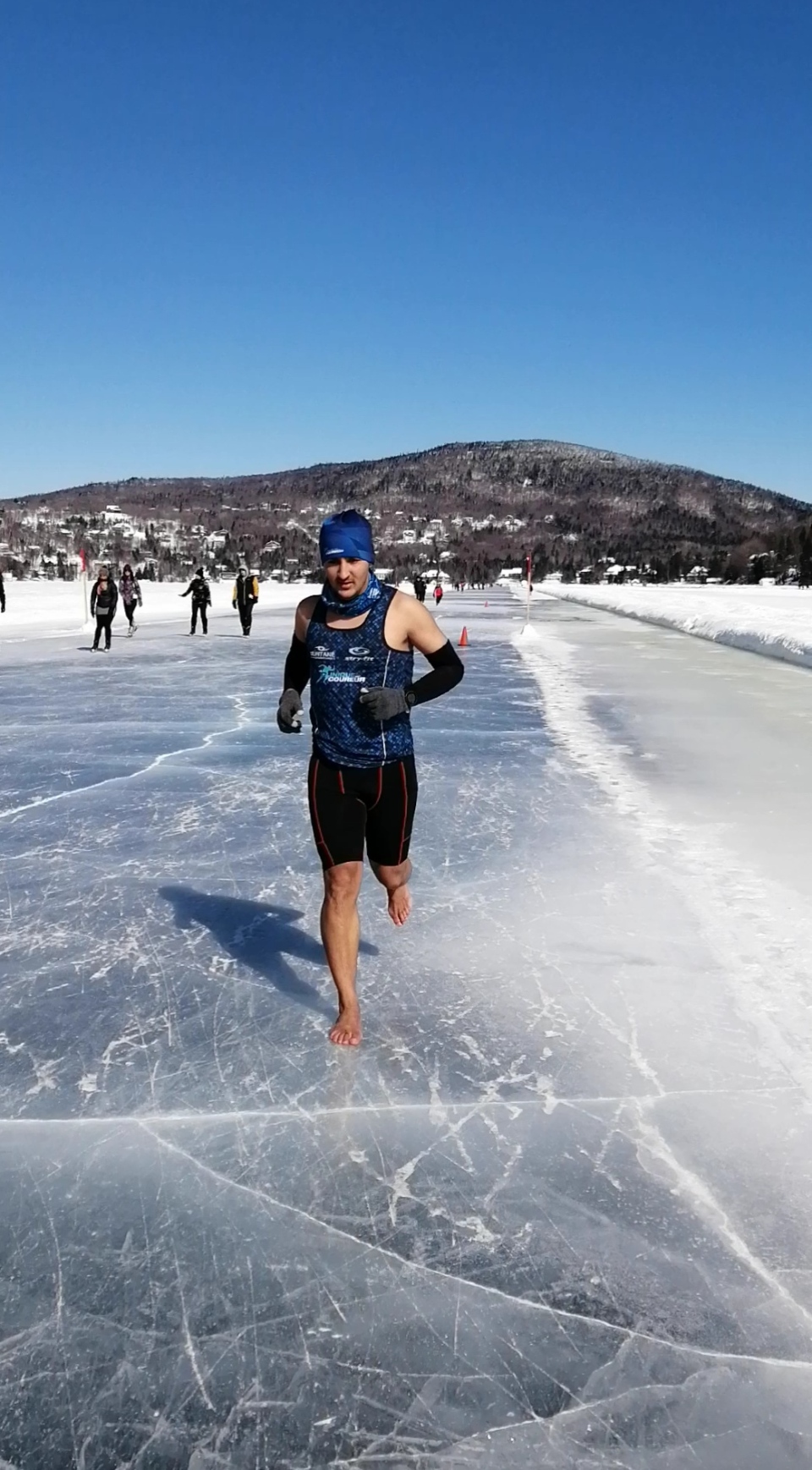 Since all competition running has stopped due to the COVID-19 pandemic, Hayani wanted to challenge himself, and thought the Guinness mark was in attainable.

"It was very impressed to have been able to run on a frozen lake," he said in French as his wife Catrine Faucher translated.

Hayani said he has run barefoot his entire life, and when he moved to Quebec four years ago, he started training to do it in the winter.

"I started by putting my feet in cold water," he said. "And then I started to run barefoot on the snow for 10 minutes, 20 minutes, 30 minutes."

When he first arrived, he could only last 10 minutes barefoot on the snow. Now, he can run for hours.

Next, Hayani plans to run a barefoot half-marathon in the desert in Spain.

"He loves challenging his body with the temperatures and different types of ground," said Faucher.

His prime goal is to run with the best runners in the world, but barefoot of course.