Restaurants and bars may take a hit with mandatory mask rule: survey 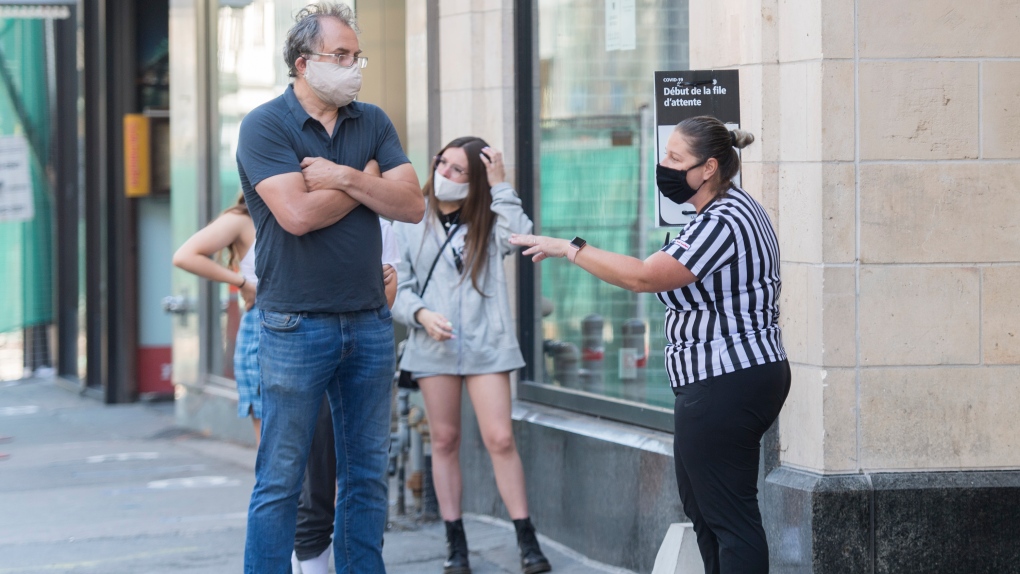 People wear face masks as they wait to enter a store in Montreal, Saturday, July 18, 2020, as the COVID-19 pandemic continues in Canada and around the world. The wearing of masks or protective face coverings is mandatory in Quebec as of today. THE CANADIAN PRESS/Graham Hughes

MONTREAL -- Restaurants and bars seem likely to be hardest hit by the new rule requiring face masks in public indoor places, according to a new study.

Quebec implemented a rule requiring everyone to wear a mask in indoor public places July 18 to start the annual two-week construction holiday in the province.

Twenty-two per cent of the 1,523 Canadians Leger and the Association for Canadian Studies surveyed that they will avoid bars and restaurants with a mandator mask rule.

The number was identical for the 1,001 Americans surveyed.

Alberta (30 per cent), the prairie and Atlantic provinces (28 per cent) and Quebec (27 per cent) had the highest number of people saying they would avoid bistros, while Ontario was lowest at 17 per cent.

Those aged 55 and over are most likely to avoid such establishments with 31 per cent between 55 and 64 years old saying they will not go and 28 per cent of those 65 and over feeling likewise.

Other places people said they would avoid if forced to wear a mask were on public transit (11 per cent), in offices and schools (11 per cent) and in stores and shipping centres (nine per cent).