REM unveils official names of its stations – with one exception

MONTREAL -- The REM has unveiled the official names of its stations – with one glaring exception.

Twenty-five of the 26 stations now have their official names.

"After a rigorous process establishing toponomy of the REM network, eight stations changed names to be better integrated into the metropolitan transport grid," the REM said in its announcement Thursday morning.

Existing service points connected to the REM or converted by the REM will maintain their existing names, while new REM service points will be named after the local intersections or city names so that network users can quickly recognize them.

The announcement on the name for the Griffintown station will come at a later date in conjunction with the city of Montreal, the REM stated.

That station, in Peel Basin, was proposed to be named after former Quebec premier Bernard Landry, but members of Montreal's Irish community have urged the city to reconsider. They say the station should be named after the Irish community that built the neighbourhood. They also said they found it offensive to name the station after Landry, who they associate with the destruction of Cree burial sites in northwestern Quebec in favour of Hydro-Quebec projects.

The three notable changes from the names at the REM launch in 2016 are Brossard, L'Anse-à-l'Orme and Marie-Curie, which were initially named Rive-Sud, Sainte-Anne-de-Bellevue and Technoparc Montréal, respectively.

Here are the official names:

TOWARDS THE SOUTH SHORE

The REM will be in service seven days per week, 20 hours per day, offering frequent service and will be connected to the three main lines of the Montreal metro. 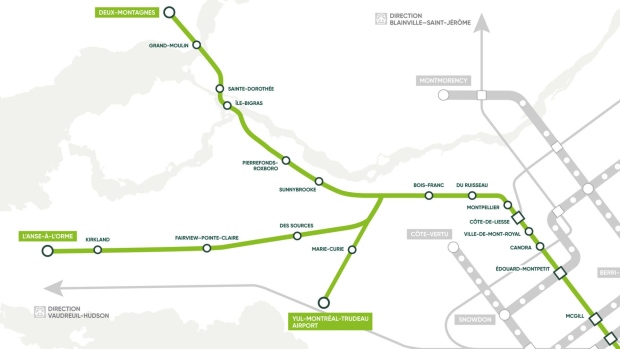 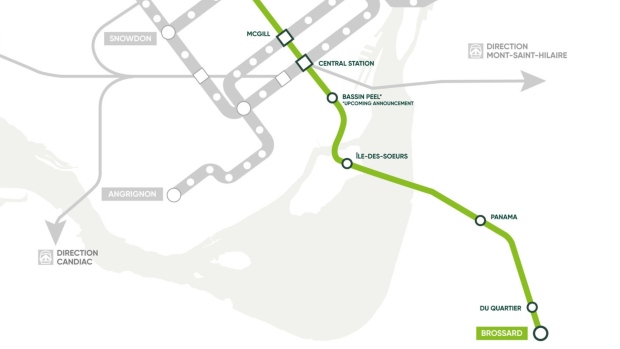