Quebec to the rescue of newspapers filing for bankruptcy protection 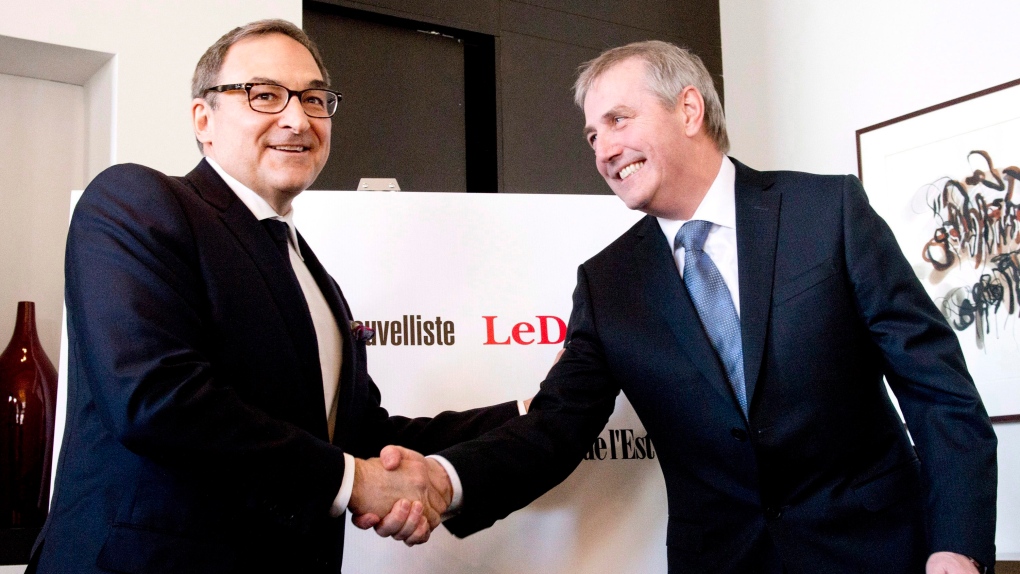 Martin Cauchon, owner of the Groupe Capitales Media, and Claude Gagnon, president and director general, shake hands after they announced the purchase of six newspapers that were owned by Gesca, Wednesday, March 18, 2015 in Quebec City. (Jacques Boissinot/THE CANADIAN PRESS)

The Quebec government is helping the Capitales Medias Group (CMG), which publishes several daily newspapers, including Le Soleil in Quebec City and Le Droit in Ottawa.

After CMG announced it was entering bankruptcy protection under the Creditors Arrangement Act, Quebec's Minister of Economy and Innovation, Pierre Fitzgibbon, announced 5 million in investment aid from Investment Quebec.

The minister also announced that Martin Cauchon had resigned as CEO of Capitales Medias Group.

The group owning several regional dailies has filed a notice of intent in order to protect itself against bankruptcy.

This notice is usually the first step in a process that can lead to bankruptcy if the company's efforts to restructure are unsuccessful.