MONTREAL - Quebec will now cover the cost of a breakthrough immunocellular cancer treatment for young patients with acute lymphoblastic leukemia, and adults with non-Hodgkin's lymphoma, who meet the criteria.

"The therapeutic value was demonstrated," said Health Minister Danielle McCann on Tuesday, adding, "this kind of immunotherapy treatment is the way of the future, and we are at the forefront."

The health care investment represents $35-million annually for the province.

CAR-T cell therapy was approved by Health Canada last year for the two life-threatening cancers, when standard first line treatments are ineffective, or when patients have suffered relapses. However, up until now, access to the treatment has been limited to patients who are part of studies.

Now that the therapy is on RAMQ's list, it's estimated about 60 adults and ten children will benefit annually in Quebec.

"It's exciting, because we actually empower the patient's own immune system to target and attack and destroy this cancer,' says Dr. Isabelle Fleury, a hematologist-oncologist at Maisonneuve Rosemont Hospital, one of two centres in Quebec where the treatment is offered. It’s also where pivotal immunotherapy research was conducted, which helped lead to the therapy’s regulatory approval.

Six-year-old St-Jean-sur-Richelieu resident Olivia Labelle was treated with CAR-T two months ago at Ste-Justine Hospital, the second centre accredited to administer the therapy. "She did really great, and her leukemia is in remission," according to her pediatric hematologist-oncologist, Dr. Henrique Bittencourt, who calls the treatment "revolutionary."

Dr, Bittencourt cautions that CAR-T, an immunotherapy and gene therapy combined, is not always the answer. Some pediatric patients relapse, but Bittencourt says 50 per cent of patients are still in remission about three-and-a-half years later.

As young Olivia zoomed around a Ste-Justine hallway, only pausing to hang upside-down on a sofa next to her doctor, it was difficult to imagine how sick she'd been only months earlier. "It's reassuring," her mother Anabelle Soucy-Cote sighs. "We've learned to appreciate the good moments." 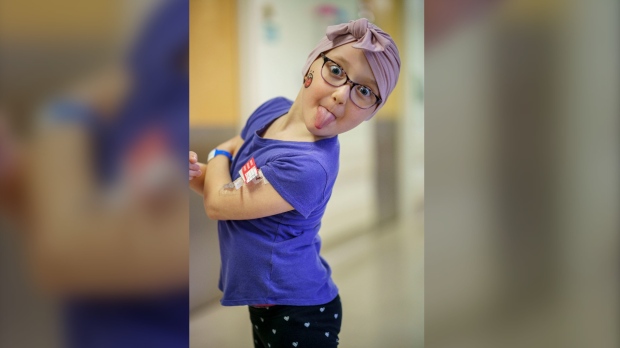 After two rounds of chemotherapy failed, 64 year old Richard Vallieres became eligible for CAR-T therapy to help him recover from non-Hodgkin's lymphoma. Dr. Fleury was there with him in his Maisonneuve-Rosemont Hospital room as he received his re-engineered immune cells on Tuesday. "Of those (adult patients) who respond to CAR-T, 70 per cent are still in remission two years later, so it's a giant step," Fleury says.

In simple terms, this is how the personalized treatment works: 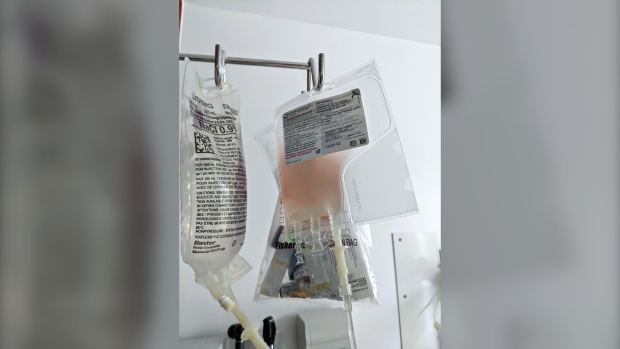 Currently, the patient's cells have to be sent to the United States to be modified. There are plans to develop a similar type of cell transformation laboratory at Maisonneuve Rosemont.

Minister McCann told CTV other provinces are in the process of analyzing whether they will follow Quebec's lead. Two hospitals in Ontario are developing treatment centres of their own.

In the meantime, "Quebec will also be able to provide care for people who are coming from other provinces in Canada," the health minister explained.