Quebec seal hunter gets 26 stitches after attack by seal 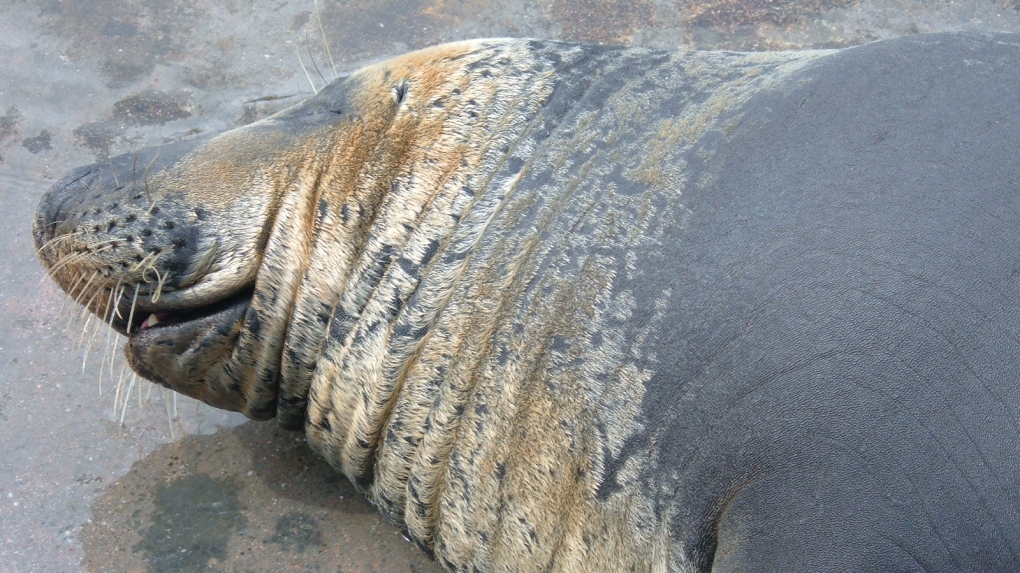 MONTREAL -- A Quebec hunter had to be airlifted to hospital this week following what was described as a rare seal attack on a Nova Scotia island.

Alexis Boudreault, 29, and nine other hunters were on Pictou Island Tuesday when the attack occurred. Only four of them were carrying hakapiks -- clubs tipped with sharp hooks -- after federal fisheries officers confiscated the tools from the others earlier in the day because their hooks were judged to be too long.

Boudreault, therefore, was defenceless when the 225-kilogram male seal charged.

"I wanted to back up," he told The Canadian Press in an interview Friday. "Usually, a seal might strike, advancing to protect its territory. But this time, exceptionally, the seal charged. He didn't stop. I slipped on the ice while turning around, he grabbed my leg and threw me over him."

His fellow hunters weren't able to get to him in time to stop the attack, but were able to scare off the animal, which returned to join its fellow seals.

Boudreault said that his experience is a reminder that while they may appear adorable in photos, seals have sharp teeth, can bite and should be respected.

The other hunters had a first aid kit and were able to provide him with treatment.

Denis Eloquin, captain of the sealing ship based out of Iles-de-la-Madeleine, communicated by radio with the Canadian Coast Guard, which arrived about two hours later to bring Boudreault by helicopter to a hospital in Charlottetown.

Eloquin said the incident took place about 4:30 p.m. and Boudreault was in hospital later that evening. His injuries required 26 stitches and he was released early Wednesday.

Boudreault has since returned to Nova Scotia. He said he intends to resume hunting when his wounds heal.

Grey seals can move faster than humans on the ground, Eloquin said, and are particularly aggressive during mating season.

But it's the first time in 45 years that he has ever heard of a seal attacking, let alone causing such serious injuries. He said it's also the first time he has had Fisheries and Oceans agents forbid the use of a hakapik.

"When you deprive a hunter of his tools, these are the only things you have to defend yourself," Boudreault said. "If I'd had a hakapik, I could have defended myself, surely without even injuring the animal -- just a little blow on the tip of the nose and it would have retreated."

Eloquin said the hook is normally used to move the animal after it is killed. He said a hunter who falls into the water can also use it to get out.

Eloquin said the anomalies in the tools found by Fisheries and Oceans Canada were "insignificant."

Boudreault said government officers lacked judgment when they confiscated the tools, adding what happened was an accident that could've been avoided.

A Department of Fisheries and Oceans spokesman did not immediately respond to a request for comment.

This report by The Canadian Press was first published Jan. 31, 2020.