Quebec Public Safety Minister Geneviève Guilbault flew to the Magdalen Islands Sunday morning to see the extent of the damage left in the wake of post-tropical storm Fiona.

"On Friday, we had sent additional reinforcements, so people from the Sûreté du Québec, Hydro-Québec, the Ministry of Transport, Civil Security and the Ministry of Public Security. We are going to meet with these people and take stock of the situation. These people are tired and we can understand it, they have been in intense preparation and intervention for three to four days. So, we will go to thank them and see with them the damage on site," said Guilbault in a press scrum before boarding the plane.

The Magdalen Islands were hit hard by Fiona on Saturday, which also devastated Nova Scotia and other parts of the Atlantic.

"The wind storm ended around 10 p.m. in the Magdalen Islands and is still ongoing this morning in the Lower North Shore, particularly in Blanc-Sablon. The combination of waves and storm surge there leads us to believe that there could be coastal overflows, but so far, so good," Guilbault said around 9 a.m. Sunday morning.

Only 255 customers were without power in the Magdalen Islands at about 10:30 a.m. Sunday. That number was about 1,714 the day before.

"There were no deaths. There were no injuries. It's always the main thing to make sure people are safe. The road network in the Magdalen Islands was restored last night as well," the public safety minister added.

The municipality also announced Sunday morning that most residents could continue consuming drinking water as usual.

"The situation regarding municipal drinking water wells has returned to normal, with the exception of L'Île-du-Havre-Aubert, where the wells are still not operating at full capacity. We therefore ask the citizens of the sector to limit as much as possible their consumption of drinking water," reads a statement posted to Facebook. 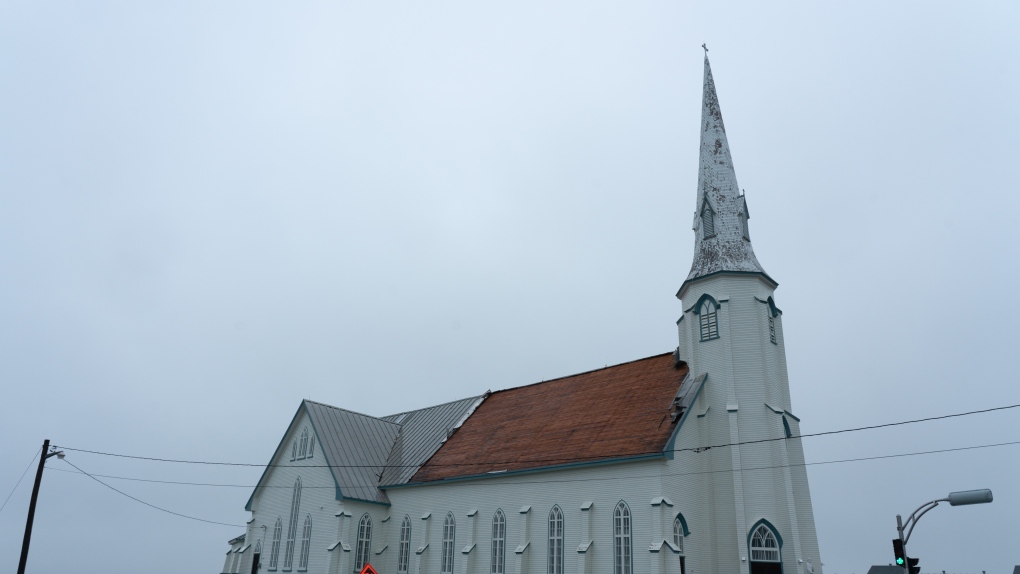 Damage to the roof of the Saint-Pierre de Lavernière church caused by post-tropical storm Fiona is shown on the Les Îles-de-la-Madeleine, Que., Saturday, Sept. 24, 2022. Coastal flooding remains a threat for parts of Nova Scotia, Prince Edward Island including the Northumberland Strait, the Gulf of St. Lawrence region including Iles-de-la-Madeleine and eastern New Brunswick, southwest Newfoundland, the St. Lawrence Estuary and the Quebec Lower North Shore. THE CANADIAN PRESS/Nigel Quinn

At least 37 islanders were evacuated to one of the four temporary accommodation centers in the region, according to the latest information.

"These people were redirected to commercial accommodation because it is always more comfortable than a collective shelter and, as there were not many evacuees, we were able to do so with the collaboration of the Red Cross," Guilbaut explained.

She said an official disaster assistance office will open at the beginning of the week for those with damaged private property to "inform them about our financial assistance programs" and assist them directly.

Guilbaut, who is also the deputy premier of Quebec, said she should have a better idea of the extent and nature of the damage by the end of the day.

"What I'm hearing preliminarily this morning is that there is a lot of damage to the road system or municipal infrastructure and critical infrastructure. Obviously, some damage to private property is expected from some citizens, so we're going to go through that today, now that it's safe to do so."

The Quebec government will not call for military assistance, as was done in Nova Scotia.

"We don't need the army. Our operational capacity has not been exceeded at all. The teams were ready for at least four days. All week, we prepared for Fiona's arrival," said Guilbault.

It is still unclear whether the Quebec government will submit a request for financial assistance to the federal government.

It should also be noted that the state of emergency, declared by the municipality on Friday, is in effect for a period of five days.

"It will then be up to them to see if they still need it," Guilbault said. 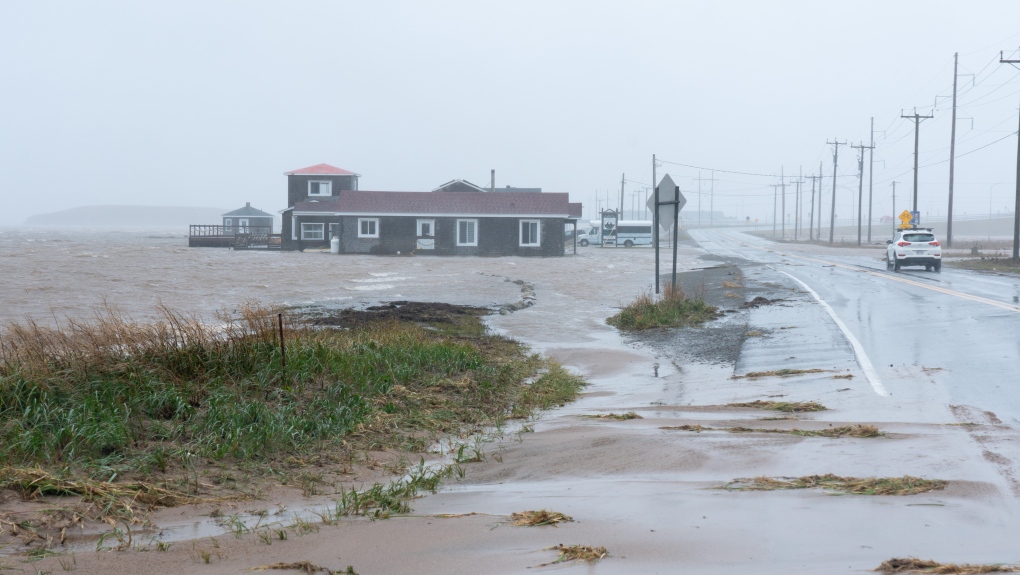 Unsurprisingly, advance voting was cancelled Sunday on the Magdalen Islands in light of the storm.

Weather permitting, electors will be able to vote at the advance polls on Monday from 9 a.m to 10 p.m., according to Elections Quebec.

Advance polls will also be held at the office of the returning officer from Sept. 27 to 29.

This report was published in French by The Canadian Press on Sept. 25, 2022.

TD Bank Group says it paused the MyMoney lending program it recently launched with Canada Post after it detected suspicious activity on its system.

A semi driver was caught with open liquor in Surrey, B.C., was handed a 90-day driving prohibition and has had his truck impounded, according to Mounties.