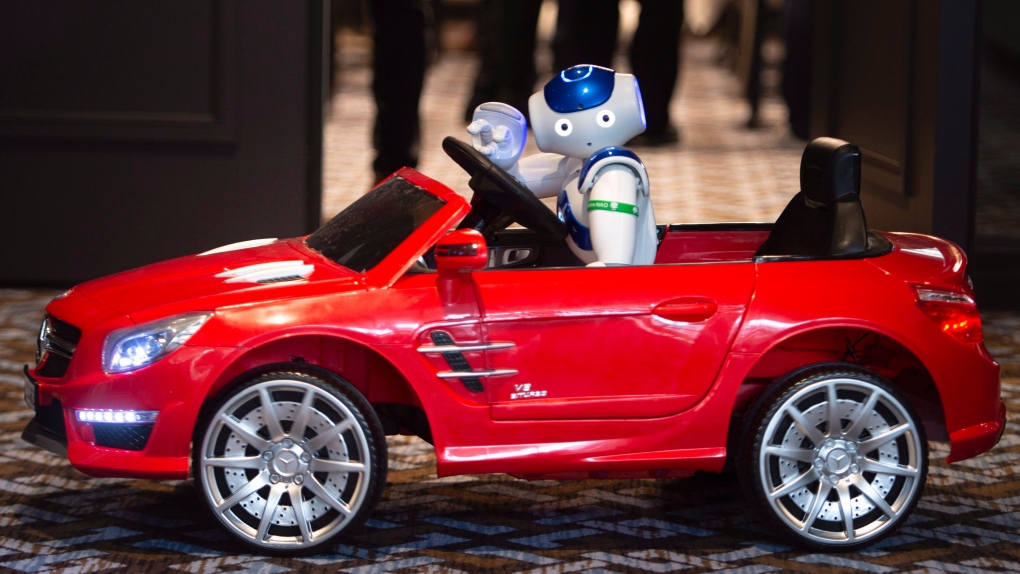 NAO, a humanoid robot, is seen driving a model car during a presentation at an education conference, Thursday, May 3, 2018 in Montreal. THE CANADIAN PRESS/Paul Chiasson

This isn't your average teacher assistant.

Nao is a little robot which held its own news conference in Montreal on Thursday to outline its own accomplishments, particularly in dealing with students with autism spectrum disorder or those with learning difficulties.

The humanoid robot, which has visited elementary and secondary schools in Quebec this year, is composed of cameras, sensors and microphones and can see and hear. It can also recognize humans and interact with them.

Nao, which is 58 centimetres tall, is driven by artificial intelligence and is described as humanoid because it spontaneously answers questions and recognizes certain human emotions.

He says the robot has given them much needed skills for the 21st century as well as self-confidence.