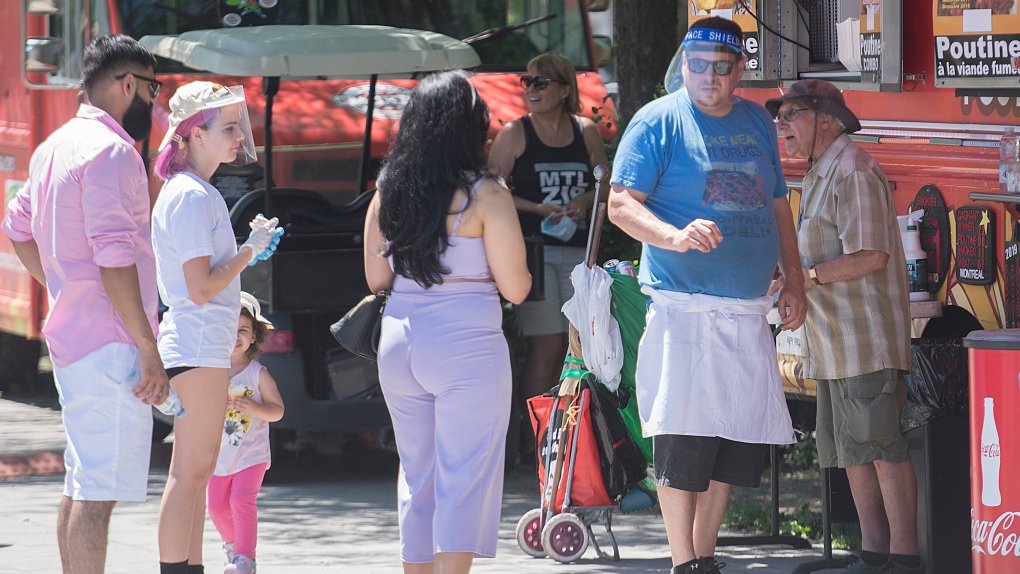 MONTREAL -- For the first time since the COVID-19 pandemic hit Quebec in mid-March, the province is reporting no new deaths from the disease.

There are 5,417 people who have died of COVID-19 in Quebec, health authorities announced Monday, unchanged from the number reported Sunday.

Quebec reported its first COVID-19 death, of a senior in the Lanaudiere region, on March 18.

Confirmed cases in the province reached 54,835 on Monday, up 69 from the 54,766 announced a day earlier; that is the lowest single-day increase in new cases since March 22, when 38 were recorded.

There are 520 people being treated for COVID-19 in Quebec hospitals as of Monday, down one from the 521 reported Sunday. Of those in a hospital, 57 are in intensive care, down four from the 61 reported 24 hours earlier.