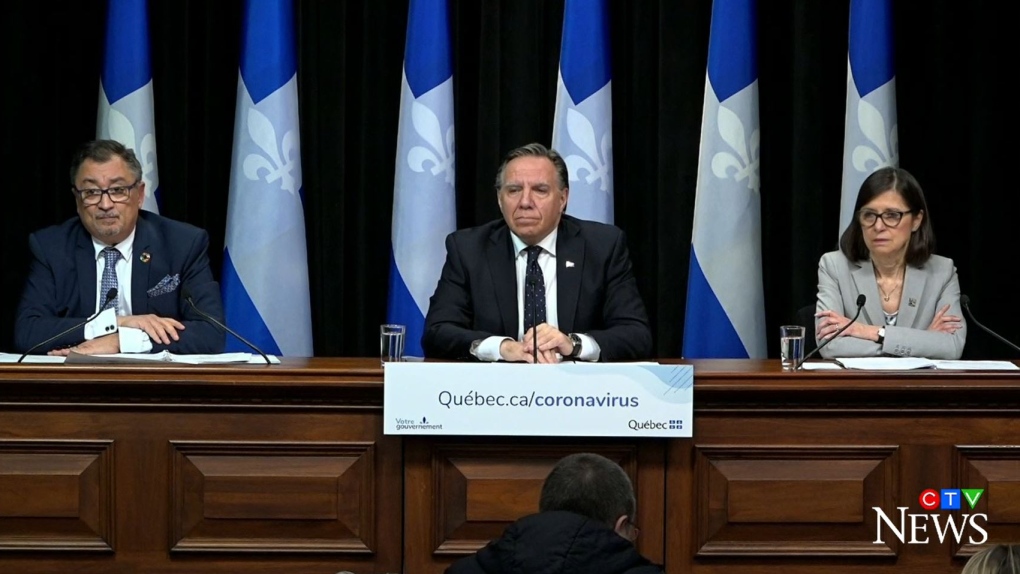 MONTREAL -- For the first time since April 1, the number of new deaths due to COVID-19 in Quebec was under 10, with eight new deaths reported on Sunday.

It is the first time deaths have been in single digits since three people were reported to have died at the beginning of April.

The total number of deaths in the province due to coronavirus is now 4,978.

Of the new deaths, five were in Montreal, bringing the city's total to 3,067. The other hard hit areas include Laval with 635 deaths, Monteregie with 483 deaths and Mauricie-et-Centre-du-Quebec with 205.

Public health authorities also announced that 225 more people have been diagnosed with COVID-19, bringing the province's total number of cases to 52,849.

Of those who tested positive for the virus, 18,714 have since recovered.

The number of hospitalizations dropped again Sunday with nine fewer receiving treatment in Quebec hospitals for a total of 972. Of those, one fewer patient is in intensive care than there was Saturday, for a total of 128.