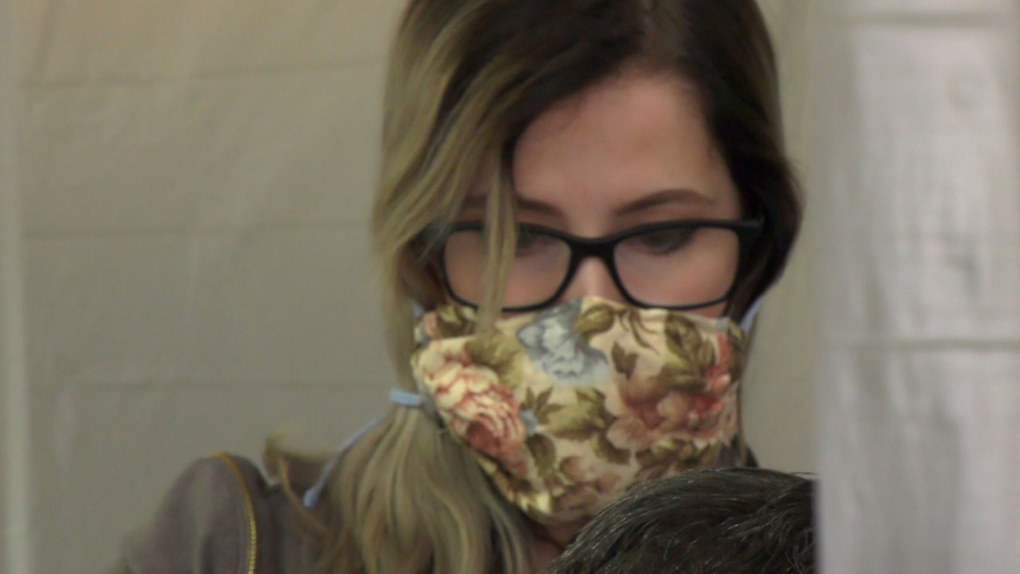 Some businesses require their employees to wear face masks but, according to the rules, that isn't entirely necessary.

MONTREAL -- There are now 5,375 people who have died of COVID-19 in Quebec, health authorities announced Friday, as confirmed cases in the province reached 54,550.

That’s up 35 from the 5,340 deaths reported Thursday; five of the newly reported deaths took place over the past 24 hours and 30 occurred prior to June 11, health authorities said.

There are 574 people being treated for COVID-19 in Quebec hospitals as of Friday, down 63 from the 637 reported Thursday. Of those in a hospital, 62 are in intensive care, down three from the 65 reported 24 hours earlier.