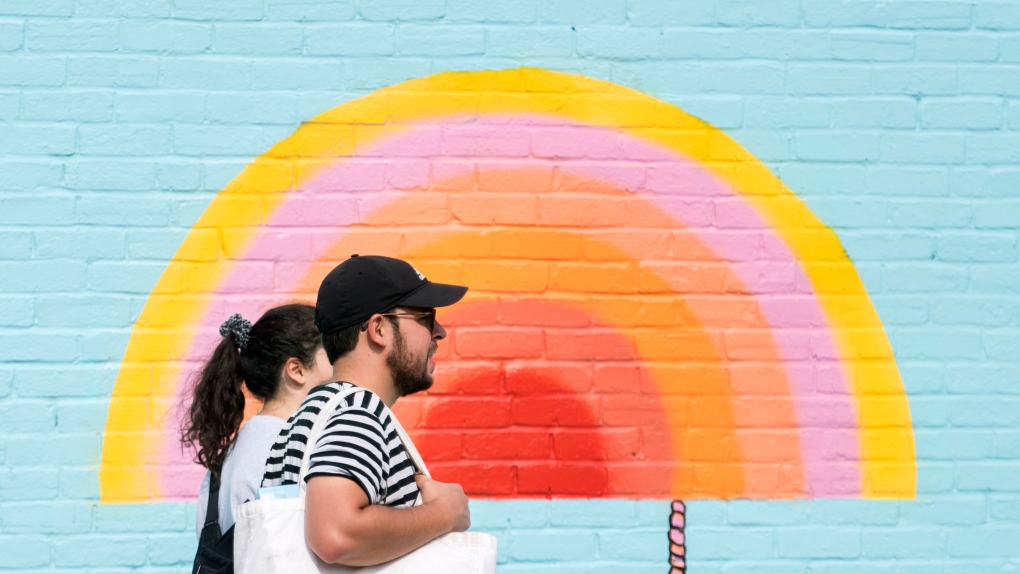 People walk by a mural on a street in Montreal, Monday, September 7, 2020, as the COVID-19 pandemic continues in Canada and around the world. THE CANADIAN PRESS/Graham Hughes

MONTREAL -- On Sunday, 279 new cases of COVID-19 were recorded in Quebec -- the highest daily increase in the province since June 1.

Sunday is also the third day in a row Quebec health authorities reported more than 200 new cases of COVID-19 over a 24-hour period.

The total number of cases in the province since the start of the pandemic is now 64,986.

One more person has died due to the disease in the past 24 hours, but officials are withdrawing one death from the province's total after an investigation found it was not attributable to COVID-19 -- leaving the toll where it stood on Saturday, at 5,780.

In its biggest single-day spike this week, Montreal is reporting 57 new cases of the disease over the past 24 hours, for a total of 30,436.

Quebec Health Minister Christian Dube tweeted on Sunday that the province is observing increases in cases in almost all of its regions. He maintained that the situation is "under control" but "worrying."

No Quebec regions have moved from "vigilance" (or green) to the "early warning stage" (yellow) on the province's new regional alert system over the past 24 hours. Quebec City, the Eastern Townships, Outaouais and Laval are still the only regions in the early warning stage.

There are 124 people being treated for COVID-19 in Quebec hospitals as of Sunday, which is a decrease of one from the number reported on Saturday. Three more patients have moved to the intensive care ward, for a total of 19.

As of Sunday, 57,268 people are confirmed recovered from COVID-19 in Quebec, which is an increase of 214 from Saturday.

Quebec reported that it completed analyses of 21,132 COVID-19 tests on Sept. 11, which is 4,560 fewer than it completed the day before (Quebec reports its daily testing figures from two days prior).