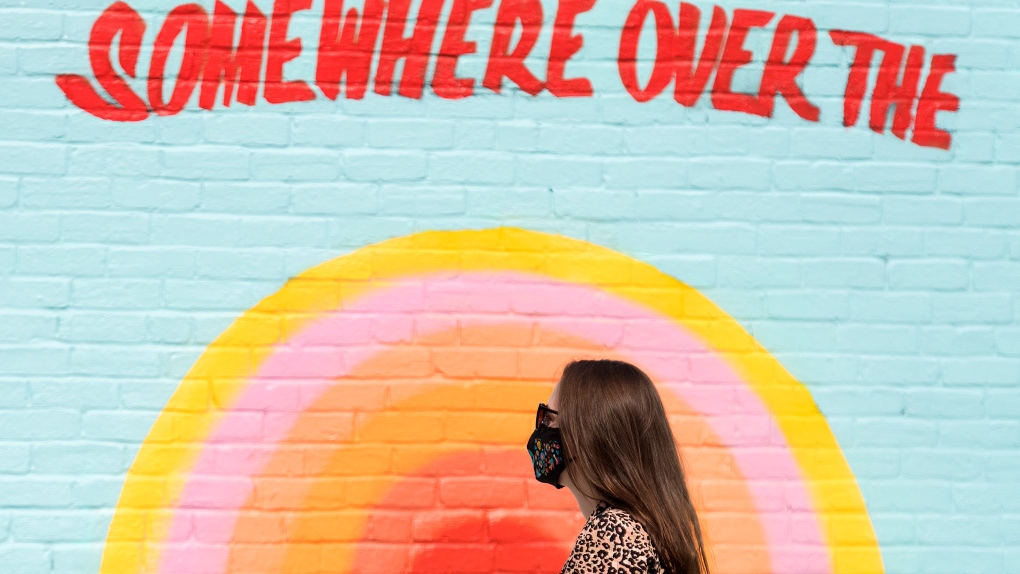 A woman wears a face mask as she walks by a mural on a street in Montreal, Monday, September 7, 2020, as the COVID-19 pandemic continues in Canada and around the world. THE CANADIAN PRESS/Graham Hughes

MONTREAL -- Quebec health authorities reported 219 new cases of COVID-19 on Friday, bringing the total number of cases in the province since the start of the pandemic to 64,463.

No deaths have occurred over the past 24 hours, but three have been added from previous dates. Quebec has also withdrawn two deaths after an investigation found they were not attributable to COVID-19. The provincial death count stands at 5,774 as of Friday.

There are 123 people being treated for COVID-19 in Quebec hospitals as of Friday, up four from the 119 reported on Thursday. Of them, 12 are in intensive care, which is the same number as the one reported 24 hours earlier.

Quebec reported that it completed analyses of 26,252 COVID-19 tests on Sept. 9, which is 8,513 more than the 17,739 samples it analyzed a day before (Quebec reports its daily testing figures from two days prior).

As of Friday, 56,843 people are confirmed recovered from COVID-19 in Quebec, which is 219 more than the number reported on Thursday.

Following a recent outbreak of the disease linked to a Quebec City bar, the government announced on Friday a ban on karaoke in bars across the province and strongly cautioned against the activity at private events.

The government also anounced on Friday morning that students at schools in green and yellow zones of the province's new regional alert system will be able to participate in extracurricular activities -- like sports and arts -- with groups outside of their classroom bubbles as of Monday. Premier Francois Legault had said at the end of August that schools would likely be able to move forward with this as of Sept. 14, as long as the province's COVID-19 numbers remained stable.