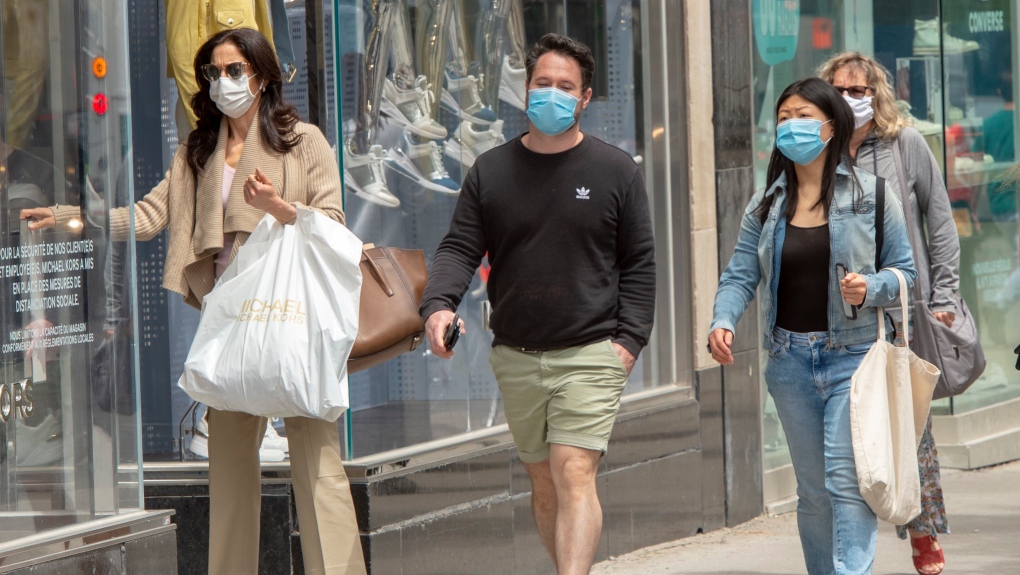 MONTREAL -- There were 128 new COVID-19 cases reported in Quebec Sunday, and 27 more deaths were announced.

Quebec public health officials said that 14 of those deaths were recorded in the past 24 hours, while 13 occurred before June 6. The total number of people who have died due to COVID-19 in the province is now 5,222.

Sunday's numbers mark a week of new daily COVID-19 cases being under 200 per day.

The number of hospitalizations continues to drop in the province with 19 fewer patients receiving treatment in Quebec hospitals for a total of 769. Of those, 85 people are in intensive care wards, which is 17 fewer than those reported Saturday.

Though just over 28 per cent of those over 70 years of age have tested positive for the virus, that age bracket accounts for over 92 per cent of the deaths in the province.

Quebec Premier Francois Legault will lead a news conference Monday at 1 p.m. to update the province on the COVID-19 situation in the province. Ministers of Health and Social Services Danielle McCann and Lionel Carmant, and director of public health Horacio Arruda will join the premier along with Minister of International Relations and La Francophonie Nadine Girault.