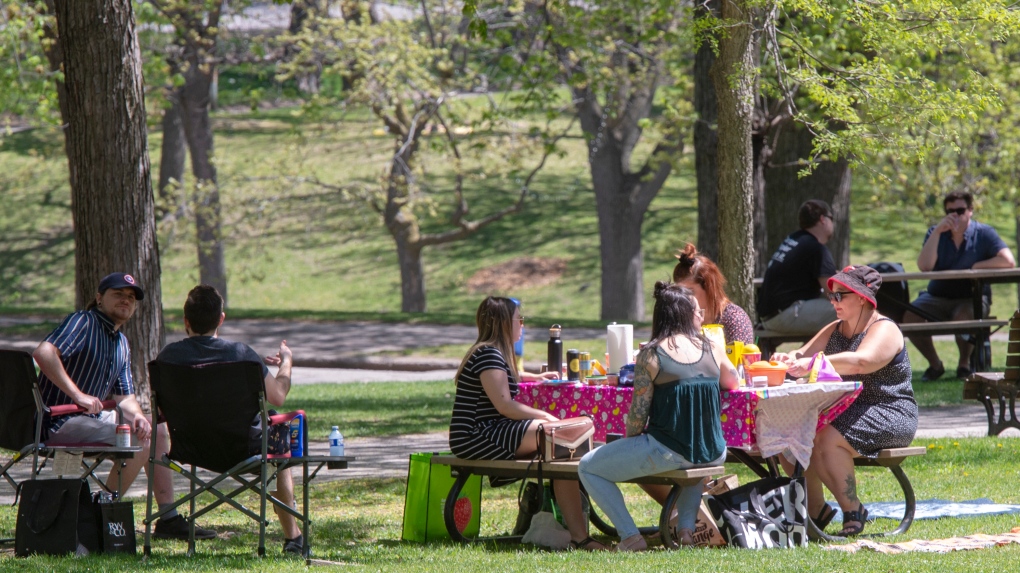 People sit in a park as Quebec begins to allow ten people from three households to gather outside on Friday, May 22, 2020 in Montreal. THE CANADIAN PRESS/Ryan Remiorz

MONTREAL -- Quebec health authorities announced an additional 122 cases of COVID-19 on Tuesday, bringing the provincial total to 62,614 cases since the start of the pandemic.

Tuesday is the fourth day in a row Quebec has reported more than 100 cases of the disease in a 24-hour period.

No deaths have taken place due to the disease in the past 24 hours, but health officials are reporting two that occurred between Aug. 25-30 -- bringing the total to 5,762.

Quebec reported on Tuesday that 85 more people are confirmed recovered from COVID-19, bringing the total to 55,438.

As of Tuesday, 110 people are being treated for COVID-19 in Quebec hospitals, a decrease of two from the number reported on Monday. Of those in hospital, 20 are in the intensive care ward -- an increase of two from 24 hours earlier.