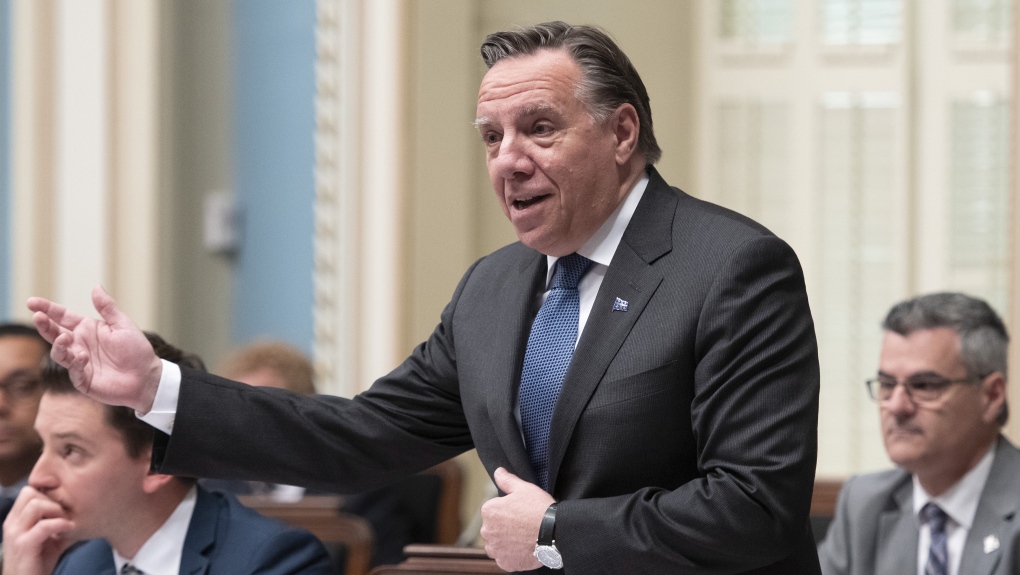 Quebec Premier Francois Legault responds to the opposition during question period on June 5, 2019 at the legislature in Quebec City. THE CANADIAN PRESS/Jacques Boissinot

QUEBEC -- He's been in power for 13 months, but Quebec Premier Francois Legault has yet to find time to take two hours of mandatory sexual and psychological harassment training.

The training, which was developed in the wake of the global #metoo movement, is obligatory for all 125 members of Quebec's National Assembly, including the premier.

And Legault is far from the only MNA who has so far avoided doing the required training.

According to a 2018-2019 annual report of the National Assembly, 55 MNAs have already taken the training; however the four parties represented in the legislature reported to The Canadian Press that a total of 68 MNAs have completed the training.

The governing Coalition Avenir Quebec says 29 of its 75 elected members have taken the training courses. The Quebec Liberal Party say 27 of its 29 MNAs (93 per cent) have complied, while eight out of 10 Quebec Solidaire MNAs (80 per cent) and four out of nine (44 per cent) Parti Quebecois MNAs have done so.